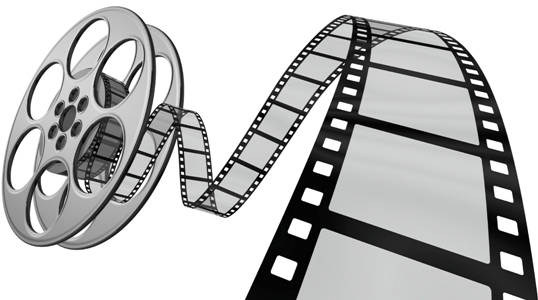 As I have written last week, I want to share 13 movies/series that I watched from July to December. I don’t have enough time to review them properly so I will only give you the trailers and what my thought on the movies/series. I actually watched more than 13 because my son always sleeps before 8 pm, and when I didn’t have work to do (marking essay, tasks, making planner, exam, etc) and too tired to do anything…I turned to movies. My son woke up once in while and all I had to do was breastfed him and he went back to sleep.

Here are the movies I can share for now 🙂

Virus turned human into zombie really fast! Imagine that situation when you are riding a train and nowhere to go.

You have to watch this movie by ignoring all the small details, if you don’t do that then movie lost its suspense. I really like this movie because it was not only about zombie but also about human connection and feeling. The drama was really good…and one thing that made me enjoy thriller, horror or suspense from Asia is that the ending was often unpredictable, just like Train To Busan.

#3 War of The Planet of The Apes

I was planning to watch this in cinema as I love the previous two sequels…but Anka was not ready yet to be exposed to blasting sound.

I love it almost as much as I love the previous two sequels. I love Cesar’s character so much. This movie has all the conflict drama in politic and military. How Cesar lost control because apart of being a leader he was also a father and a husband. I hope the next one will be equally good.

Based on the extraordinary true story of Operation Anthropoid, the WWII mission to assassinate SS General Reinhard Heydrich, the main architect behind the Final Solution and the Reich’s third in command after Hitler and Himmler. (imdb)

To be honest, I watched this because of Cillian Murphy (of course!!). It’s a full drama movie even though the trailer seems like an action movie. What made this movie interesting is more to the awesome acting of the actors/actress, they were all so brilliant.

#5 Poison Berry in My Brain

Have you watched Inside Out by Disney?? well it’s kinda like that but grown up version. If you are wondering whether this movie stole the idea..NO, It’s not because this movie is based on Manga which was released in 2009.

Ichiko Sakurai had five feeling controlling her. The conflict between these five decision makers in her brain began when Ichiko fell in love with a much younger man named Ryoichi Saotome.

It was an interesting movie but to be honest…it’s not really my kind of movie. I only watched it because of Kamiki Ryunosuke who became Ishibashi (the cheerful character) in this movie. He is one of my fav Japanese actor. His acting skill was not really shown here. He is actually a brilliant actor.

After returning to the criminal underworld to repay a debt, John Wick discovers that a large bounty has been put on his life. (imdb)

I love the first John Wick, the action was amazing. The second one was still full of action but somehow I couldn’t enjoy it as much as the first one. It felt like the story was pushed a bit too much, as if it’s too make believe.

Another bad-ass series!!! You can read my review of the first series here>> Attack on Titan, When Human is Nothing But Cattle. The first one had 25 episodes while this one only 12 episodes. I wish it had more episodes!!

The titans were more than before and some had intelligence. There were more people like Eren who could turned into Titans. This second series brought more questions than before and I couldn’t wait to see the third series.

Although I LOVE Stephen King but this is one of his many books that I haven’t read yet, despite of all the great reviews about it. I just couldn’t bring myself to start because that means I have to finish all the series. When the movie was scheduled to be released, I was very happy so I can just watch it instead of reading it.

The conclusion after watching this movie was that I immediately know that it was soooo NOT Stephen King’s style. Somehow they have changed it. And then I read an article of how SK said the movie had been turned into PG-13 movie. Watching this made want to read the books now (but it has to wait till Anka has entered his school years 😉 )

Just like Dark Tower, this one is also different to the book…this time I know it without having to guess because I have read the book. I can simplify it as a more CGI version of the old IT. It was okay but still hasn’t live up to the book.

While the clock is ticking, with the aid of a witness preparation expert, a successful entrepreneur accused of murder has less than three hours to come up with an impregnable defense.(imdb)

This movie is BRILLIANT! At the beginning it felt slow and a bit boring but as the story progress it became more intriguing and made me glued to the screen. How the mystery solved was unpredictable and I am a sucker for unpredictable ending.

This is the beginning of the 70s Alien. A colony ship was stupid  enough to try saving an emergency signal and risking 200o people in the ship. For alien lover like me, the ending was predicable as it is the prequel of Alien…the ending was the beginning of Ripley founding the little girl in the colony ship. Although it was predictable but the whole movie was interesting and gripping…full packed action and thriller.

Paranormal investigators Ed and Lorraine Warren work to help a family terrorized by a dark presence in their farmhouse.(imdb)

I watched this because a lot of people said it was scary…sorry to say for me it wasn’t scary at all. In fact I already forgot the story and what was the ghost. I also watched the second movie due to the famous Valak…the first one was better than the second one.

#13 The Autopsy of Jane Doe

A father and son, both coroners, are pulled into a complex mystery while attempting to identify the body of a young woman, who was apparently harboring dark secrets.(imdb)

Compared to Conjuring, conjuring felt like a child play…this one is scary as hell!! I watched this because of my friend’s recommendation. I watched it on daylight while Anka was sleeping…in daylight and yet it freaked me out so bad that I ended up texting my husband for comfort. I am not easily scared with horror movie but this one even though without ghost showing up to scare people had managed to set a creepy atmosphere.

I will close my TT by saying:

18 thoughts on “13 Movies and Series I Watched Lately”