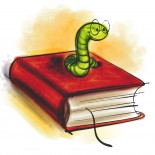 Music for me is like the need for food or cloth. I can not stand 1 day without music. Basically I like ALMOST all kinds of music but my favorite among all is ROCK. As far as I can remember, the 1st music I heard is The Beatles and it really shaped my likeness of music. And then I fell in love with Guns n Roses, the 1st band that can make me totally crazy about them. I collected all their cassettes, magazines and live performances. Unfortunately GNR disbanded…I still love them till another band replaced them.

After GNR disbanded…the music world is not the same anymore…some where in late 90’s I stopped listening to new songs…because all rock bands were starting to sound the same, and it was getting boring. So during that time I only listened to Classic Rock such as Led Zeppelin, Queen, The Beatles, The Who, Aeroshmith, Metalica…well almost all bands up to heavy metal era. My favorite radio station at that time was Classic Rock FM and Rock Weekend on KISS FM. Those Classic Rock Bands are still on my MP3 play list. It’s kinda sad to know that not so many people like them or even know them…They had great music skill and great song. I like them all.

In year 2000, the beginning of new millennium…I accidentally found one of the greatest band in the world, and this band changed my point of view toward music. L’Arc~en~ciel caught my attention…my whole attention!! I was bored to death with western music at those days and I only heard Classic Rock, except for Green Day. I fell in love with Laruku instantly…they’ve made such a big impact on me. My love for them also brought me to other Japanese bands. But…just like before, I got bored with the other bands, my love for Laruku is getting bigger by the days.

In the year 2003, I found Muse!! At that time I only like them…they were good but not great…I guess at that time I was blinded by Laruku…And when they released Black Holes and Revelation…it’s not like anymore…I fell in love with their music…they became my favorite western band, still not on the same level as my love to Laruku of course!! When I watched them Live… I love MUSE more than before.

These 2 bands have different music skill and different sound but both of them are awesome, technically and commercially speaking.

Till this day…I still found American Music as boring as hell…except for Green Day… All of them sound the same. Nothing special!! I prefer British Bands over American bands…and the fact that US Music is ruled by Hip hop and R&B make it worst!! Can they ever be like Heavy Metal Era again? Where Rock ruled the world!! Call me old fashion or whatever…but I rarely like new bands!! I like few of them that still have the old sound.

9 comments on “About Music”