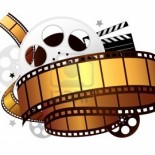 A gangster family epic set in 1919 Birmingham, Peaky Blinders centres on a gang who sew razor blades in the peaks of their caps, and their fierce boss Tommy Shelby, who means to move up in the world.

Those who have been to my blog so often definitely know that I bloody love Cillian Murphy and Peaky Blinders is his second miniseries on telly (his first was The Way we Live Now, I haven’t got the series yet and Cillian was not the main character). In Peaky Blinders, Cillian is the main character, he played as a ruthless gang leader by the name of Thomas Shelby.

Before seeing the first episode, I already realized that this is an ambitious series. The producers played episode 1 and 2 in Edinburgh International Film Festival.

Episode one: When a crate of guns goes missing, Thomas sees an opportunity to move up in the world.

Before I begin summarizing the story of the first episode, I think it’s better for you all to know the main characters (These are copy-pasted from Peaky Blinders official site)

Returning war hero and the brains behind infamous gang, the Peaky Blinders. Although the second eldest, Tommy is a natural leader and the most ambitious of the feared Peaky Blinders. The Great War made him a decorated hero, but left him emotionally introverted with a secret drug habit. He loves his family and is determined to make their lives better and their business legitimate at any cost. Crime pays well, but business pays better.

The matriarch of the Peaky Blinders. Aunt Polly looked after the children since they were young, then looked after the family business while the boys were fighting in WWI. She’s a tough pragmatist who long ago made peace with family’s criminal activities and is now the voice of caution to Tommy’s grand schemes for expansion.

The bulldog of the Shelby family and Peaky Blinders.The eldest brother, Arthur is more brawn than brains. He feels that he should be the head of the family business, but he can’t command the necessary authority.

A puritanical policeman who’ll stop at nothing to get the job done. Drafted in from Northern Ireland to clean up Birmingham, Campbell is a big, brutish man, completely committed to his job and wily enough to get it done. Being in the police means he didn’t go to war, which sticks in his throat, but now he’s at Churchill’s command with a new division of tough recruits.

A young Irish woman with a secret past. Grace has come over from Ireland in mysterious circumstances, but she still knows where her loyalties lie. Fearless and charming, she is the new barmaid at The Garrison pub, which is where the Shelby brothers drink.

First episode begins with Thomas Shelby visiting a Chinese witch who blows dust on a horse and claiming that the horse will win the race. Arthur Shelby was furious with what Thomas has done however Thomas has his reason and tells Arthur that he will do the thinking for the gang. Meanwhile, in another place Freddie Thorne is busy sharing his opinion about the country. He is a known communist.

Freddie tells Thomas that a copper from Belfast is coming to town. This copper (that’s how the Shelby family calls policemen) is Chief Inspector Campbell. His presence worries the Shelby and Arthur holds a family meeting. Aunt Polly can sense that Thomas is hiding something from the family. Thomas tells her privately that his men had robbed accidentally robbed a crate full of guns and ammunitions. Aunt Polly knows that the guns will bring trouble to their family and asks Thomas to get rid of it.

We can immediately see that the guns are the triggers that will create the whole story of Peaky Blinders…but the guns are not the only problem. A beautiful woman works at Garrison Pub has caught Thomas’ attention. But the girl is not an ordinary woman.

Spoiler (blacken the text if you want to read it) Grace is a spy, she is working for Campbell. However, we can see that she has a bit of crush on Thomas. She doesn’t admit it but there’s something about the way she talks about Thomas. I think she will have heart torn between duty and love.

This first episode ends with a nice twist that can make viewers interested to see the second episode. 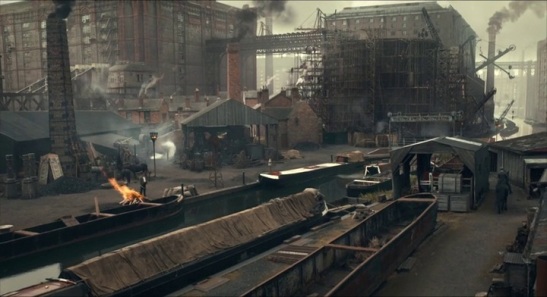 For a miniseries on telly, Peaky Blinders has an amazing cinematography. I like it’s a bit greenish tone. The setting looks great, it doesn’t feel like a fake civilization. The scenery really takes us to the past. The sound effect is also cool…it feels more like a movie rather than a miniseries. And…I LOVE the music!! The music fits the scene well. I would love to have both the soundtrack and the DVD. The cast is also wonderful, they all played brilliantly.

I have to admit that I was a bit distracted by Cillian Murphy, I kept on pausing the video every time he shows up (it’s a classic fangirl symptom 😉 )…I have to watch it twice to finally enjoy the story. The accent (people said it’s Brummie) they used is a bit difficult to understand, I don’t know whether the accent is accurate or not, the only thing I know is that it’s not like Dublin’s or Cork’s Irish accent. I have to listen to it seriously to understand some words, I can catch most of it but there are some words that escape my understanding.

I honestly think that Peaky Blinders is a promising miniseries…I look forward to see the second episode. For those who are blessed to live in England…do watch Peaky Blinders every Thursday at 9 pm on BBC2.

10 Reasons Why You Should Watch Peaky Blinders