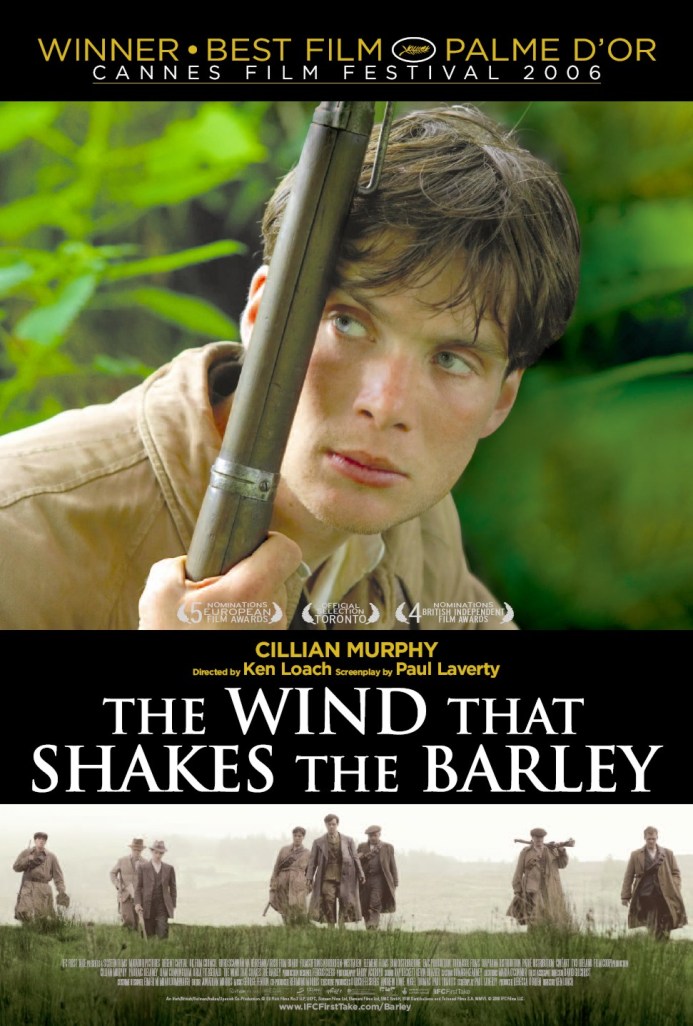 I finally bought The Wind That Shakes The Barley original VCD, I have seen it months ago but I didn’t want too buy it because it’s still in VCD not in DVD. We all know how bad the quality of VCD is and the subtitle with its horribly big font makes it even worse. But I have been searching for its DVD version everywhere and couldn’t find it 😦 , so…in the end, I bought the VCD version because I want to see this movie again.

The Wind That Shakes The Barley is one of Cillian Murphy’s best acting performance. TWTSTB is directed by Ken Loach and written by Paul Laverty. This movie is an independent movie. It was released at June 23, 2006 in Ireland and UK. It soon became the highest grossing independent movie in Ireland.

A group of Irishmen rise against the tyranny of British royal army after one of their friends is murdered in from of his mom. Damian O’Donovan, a young doctor played by Cillian Murphy, was planning to get back to London to be a doctor there. But an incident in the train station made him reconsidered his trip and ended up joining Irish Republic Army along side his brother, Teddy O’Donovan (played by Padraic Delaney). Their first attack was on the barrack where they stole weapons for their resistance. They also killed 3 armies in a billiard pub. This incident made the army furious and started looking for Teddy O’Donovan. Through Sir John, they forced Chris Reilly to tell them where Teddy and his friends were.

Teddy, Damian, and the others were caught and put into jail. Teddy was tortured because he wouldn’t tell the British army the location of their weapon. Damian met Dan (Liam Cunningham), the train engineer, and their friendship became stronger after that day. One of the Armies is Irish and he turned against the British by helping the Teddy and his friends out of the jail. But 3 people can not be saved and they were executed. Sinead told Teddy who snitched them out. Damian was told to kill both Sir John and Chris. I love seeing how Cillian managed to show an expression of agony in killing his own friend.

After lots of struggle, both party claimed a peace treaty. All the Irish were filled with joy, but soon they found out that the treaty is not what they wanted it to be. British government still had control over Ireland through something called Free State. The forming of Free State created a new problem in Ireland, it turned into a horrible civil war, Irishmen were fighting against another Irishmen. The two O’Donovan brothers were caught in the middle. Damian kept on fighting to gain full freedom for Ireland while Teddy decided to join Free State as a way to bring peace to Ireland.

How did the two brothers deal their situation becomes the peak of the story. It was so heartbroken. Although this is my second time watching it, tears are still rolling down my eyes in some scenes.

I always love watching war movie with heart. I never like a macho war movie such as Rambo, but I truly enjoy war movie that focused more on the heart of each character such as Saving Private Ryan, The Wind That Shakes The Barley, The Downfall (a German Movie), and many more.

It is true that I watched this movie because Cillian Murphy is one of the actors, however as I already wrote before…Cillian is not a guarantee that I am going to like every movie he ever played, take example of The Girl With A Pearl Earring. I really like TWTSTB because the story is really good and deep. And the fact that Cillian shows great acting ability is truly a satisfying bonus (plus, he looks so gorgeous in here). I like seeing how all the actors and actress poured out all their talent and heart into their role. And I also like seeing the chemistry between Damian and Sinead, their love grows slowly inside them. It’s a 5 stars movie for me. 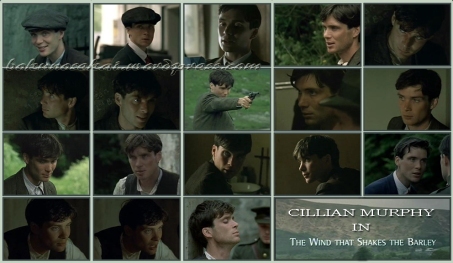 9 thoughts on “The Wind That Shakes The Barley”