In the last 2 weeks, I enjoy all the movies I have watched. They aren’t amazing movies but they are still enjoyable and I really like them all.

These three movies are all different in many ways and I like each one for different reasons. 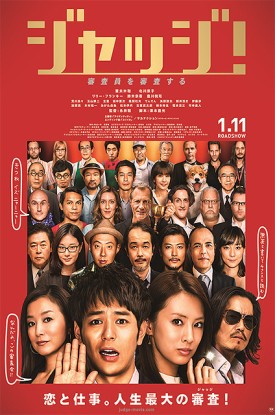 Ota Kiichiro (Tsumabuki Satoshi) is an awkward man who worked in an advertising agency. He worked there because he was inspired by an ad he saw when he was younger. His sly boss wanted him to go to the world’s biggest TV Advertising Festival as a judge to replace the boss. He got the job because one of his agency’s client wanted to win the festival and if they don’t win he will be fired.

Ota couldn’t speak English, so he asked his co-worker who could speak English well to pretend as his wife. He got a special English tutor, the eccentric Kagami who taught him more trick than English. Ota with his quirkiness and awkwardness managed to make the festival more honest and more alive.

I watched this movie simply out of coincidence. I never heard of it (maybe I have heard of it but forgot about it) and never read a review about it. To my surprise, my fellow Japanese Movie Lover, Jason had reviewed the movie (here) in a more detailed way than me and with a higher rating.

I really like the movie even though it is a bit predictable. The jokes are fresh and fun. Tsumabuki, though quite handsome, is the perfect guy to play the role because he has that kind of face that can easily be pushed around by people. With his broken English, he manages to make friends with almost all the judges and always acts based on his sense of justice.

I don’t know whether the comedy will fit everyone’s taste but one thing for sure it’s not silly kind of gags…like that slapstick gag that I never enjoy. I like the way most foreigners assume how Japanese supposed to be…like being an otaku or able to do karate, etc. It’s a fun combination of Japanese and Foreigners. To convince you more, do read Jason’s review. 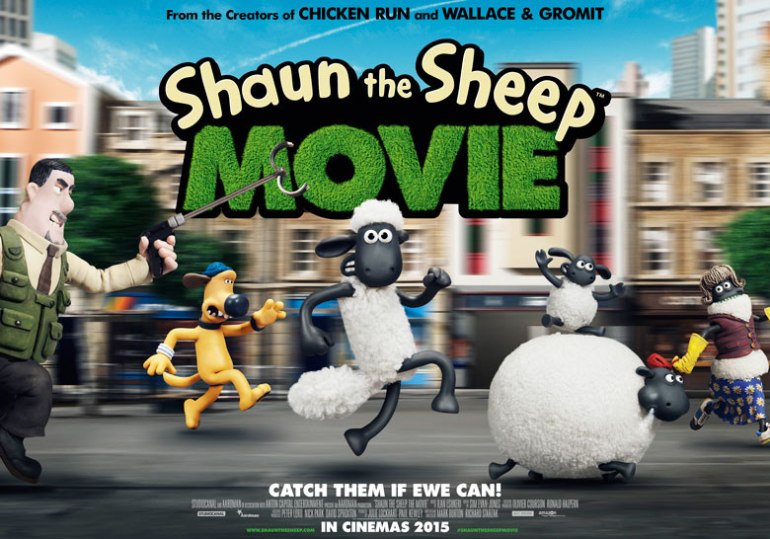 The life in a farm was very boring. Both farmer and the animals kept doing the same routine all the time. One day, Shaun, the smartest sheep in the farm decided to trick their owner so that they could have one day off. They wanted to stop the routine just for one day. Unfortunately, the plan didn’t work as smooth as they wanted it to be. The farmer was accidentally driven away to the big city. Shaun had to bring him back to the farm and that’s when the adventure began.

I love Shaun the Sheep!! If I have to make a list of favorite animated series…then Shaun will be in the list. They are naughty sheep BUT they are also nice and warmhearted sheep. The way they enjoy the farm is always funny. The friendship between the shepherd dog and Shaun is so adorable and the constant competition between the sheep and the pigs is very funny.

When I found out that the movie was released early this year, I instantly looked for it and I have to say that the movie is really good. The common jokes that we get to see in the series are all in the movie. However, they are no longer playing tricks against the pigs, they have to try to avoid the animal containment crew while trying to find their owner.

I laughed so many times and I know for sure I will rewatch this movie.

Thrown together just five weeks before the final of the 1948 London Olympics, Bert Bushnell (Matt smith) and Dickie Burnell (Sam Hoare) row together in the double sculls.

This is a BBC Movie as part of celebrating 2012 Summer Olympic. As a huge fan of Doctor Who, I watch this simply because I want to see Matt Smith in a role other than as the Doctor.

I quite like the movie. I always like good true story and Bert and Dickie can be considered as good true story. Unfortunately, in term of chemistry I don’t think the two actors have good chemistry together. I still like the emotion of each character, especially of Bert’s family. His father and mother’s way of waiting to know whether their son will success were very interesting.