I was planning to publish my review of Bakuman today but my conversation with Jason from Genkinahito’s Blog made me change my mind and finally decided to write something I have been meaning to write since last year (since I saw Rurouni Kenshin – Kyoto Inferno) but never really had a chance to do it and finally I let it drifted away.

Since Bakuman is related to this actor, I think it’s okay to share my thought on that anime right after I have a thing or two to say about this very young actor 🙂 Bakuman will be posted on March 10.

I thought (just like Jason) that Kamiki Ryunosuke is a new actor. I was so impress with his portrayal as Seta Soujiro in Rurouni Kenshin – Kyoto Inferno. As I have stated in my review, apart from Takeru-kun, Kamiki and Iseya are the other actors in the movie that impress me the most. The two of them embodied Soujiro and Aoshi perfectly. However, somehow I felt like I have seen this Kamiki guy before but I couldn’t remember where and when…so, I looked him up and what a surprise, I had seen him in The Great Yokai War and Mukodono (I have written a review in 2012 –here– but I have seen it ages ago). In both movie and series, he was still very young. He was incredibly cute in Mukodono, the 7 years old Arai Tsutomo. Here’s a clip I found in youtube 🙂

Look at how cute he was!! 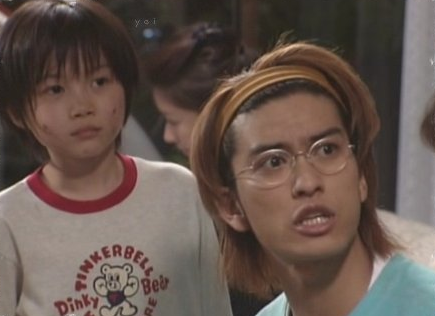 …and to my surprise, he is also a Seiyuu (Voice actor) and I have heard him in 3 Ghibli’s movies. Maybe I should start paying attention to seiyuu from now on ;). Kamiki-chan had voiced Bō in Sen To Chihiro Kami o Kakushi (Spirited Away), Markl in Howl’s Moving Castle and Shō in Arrietty (I need to review the last two movies one of these days!). He shows up in minute 2.11.

But his first voice acting was when he was still 5 years old. ( you can jump to minute 3.28)

I am currently watching Gakkou no Kaidan and Kamiki is awesome there!! I can’t review it yet because the series is still ongoing. One thing I can say is that Kamiki can go head to head with Benedict Cumberbatch for saying long sentences without pausing! I was often lost in translation when he spoke too fast in that series.

After looking at his track record, I can easily say that Kamiki Ryunosuke is more than a pretty face, he can really act. No wonder he can easily be the cute but sadistic Seta Soujiro. I would love to see him goes psycho in Kamisama no Iutoori.

I am going to close my brief introduction with this pic: Kamiki Ryunosuke has turned from a cute little boy to a charming man 😉 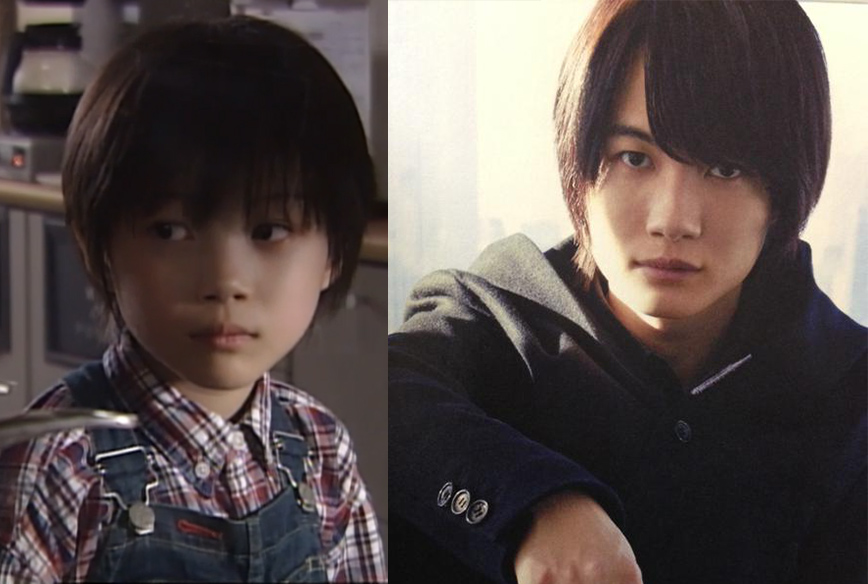 Here’s a mini review of two movies I have watched recently: 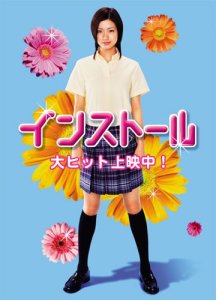 Sick of her mundane, everyday existence, high school student Asako (Ueto Aya) moves all of her belongings to the refuse area of her apartment complex and decides to stop attending school. Kazuyoshi (Kamiki Ryunosuke), a precocious young boy who takes possession of Asako’s computer, invites her to join him in an online chatroom venture where she assumes the identity of a married temptress named “Miyabi”. Tucked away in Kazuyoshi’s closet, Asako is awakened to her own sexuality by the stream of words flowing from her monitor. However, when one of her regular clients sees through her facade and bursts her comfortable bubble of fantasy, she decides it is time to make her first tentative steps back to reality.

I honestly don’t know what to think about this movie. I can’t say I dislike it nor like it. It’s one of those movies which is really hard to explain. Some people seems to like it in imdb while others hate it. One thing I can say is that the main cast are really good. Ueto Aya conveys the emotion of a bored teenage girl brilliantly. Kamiki Ryunosuke as this little pervert boy still looks as innocent as a normal little boy. The chemistry between the two of them makes the movie watchable.

BUT, I wonder how had Kamiki’s mother managed to control her 11 year old boy from not turning into a real pervert when he had already touched woman’s boobs at such an early age 😉 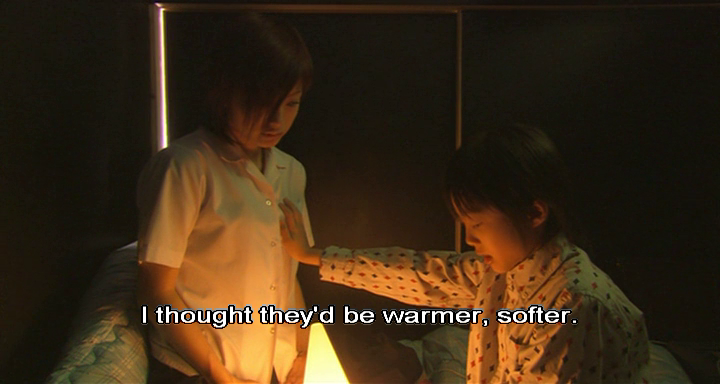 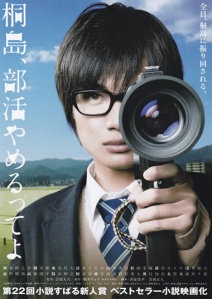 Where the hell is Kirishima? The school’s star athlete and all-around golden boy, he’s decided to drop out of the volleyball team and now no one can find him. This film is a careful examination of all the power struggles, class warfare, social angst and general life drama of an entire high school as seen through the lens of Kirishima’s absence.

In some ways, the movie feels a bit boring but somehow it also manages to intrigue my curiosity, eager to know what will happen in the end. I can also relate it to my high school moment, though I wasn’t a loyal club member. Overall, it’s a good movie but I am not sure it’s a movie that can be enjoyed by everyone. Note on Kamiki’s performance: I find it amusing seeing him as a geeky teenager 😉

You can read a better review than mine at Genkinohito’s Blog.

Looking forward to see him more in the future 🙂

11 thoughts on “Introduction to Kamiki Ryunosuke (神木隆之介), Install and The Kirishima Thing”