November is really the busiest month in a year…well November and May, the months where I have to deal with exams, report comment and the report itself (sigh). I have so much I want to write but there’s hardly any time left to do it. I am going to make the best out of weekend to reply to comments, read blogs and write some posts. If I don’t love blogging so much, I would have quit writing and abandon my blog like so many bloggers out there.

Enough about me, let’s talk about my found bands 🙂 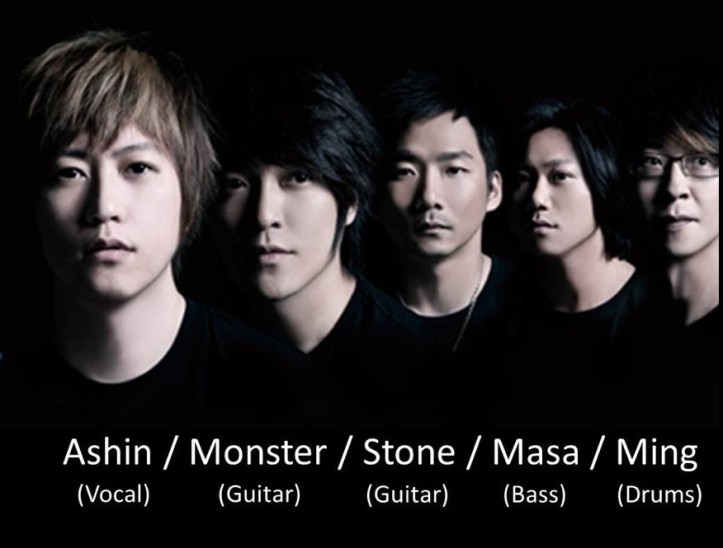 I first heard of Mayday from the opening song of Bitter Blood called Do You Ever Shine? (click the title to see the video). The song was Japanese and I have never heard of the band’s name before. Because I like the song, I looked it up. To my surprise Mayday isn’t new Japanese band, they are Taiwanese Band and they have been around since 1999 (counting from their first album). Most of the band members are older than me. I wish I have known them longer because they have great songs.

I found more songs in youtube (bless youtube!) and instantly fell in love with their songs…and I don’t understand the lyric at all since I don’t speak Mandarin 😉 but I don’t care, I just love their melody.

An influential rock band from Taiwan.
With footprints covering Asia, the US, Europe, Australia and other regions, Mayday occupies an unshakable star position in the heart of Asian music fans.

In the 13 years since their first public appearance, Mayday has released eight studio albums. Mayday’s music truthfully voices the heartfelt wishes of young Chinese about their life, relationship and work, and reflections. The pursuit of dreams expressed through their songs have touched the hearts of countless souls!

MAYDAY has won countless awards for music achievements. They received more than 150 domestic and oversea music awards, including the MTV Video Music Awards Japan and Best Buzz Asia Greater China Artist Award, and records they created are unsuppressed in the history of popular music in Taiwan — four-time winner of the Best Band Award, Golden Melody Awards (highest honor in the music field in Taiwan). This year, they were chosen to receive the Best Mandarin Album, Best Musical Arranger, Best Composer, Best Producer, and Award for Song of the Year and are the champion band for 2012.

MAYDAY never fails to create miracles in their concerts and has never ceased to challenge themselves. In over 200 concerts in their world tour, more than 10 millions of fans attended their concerts. For the two consecutive concerts held in Beijing Bird’s Nest in 2012, the 200,000 tickets were sold out in one day. Media in Asia praised MAYDAY as the “King of Concert.” UK media even dubbed MAYDAY the “Chinese Beatles.”

Here’s one of their fun songs, I would love to jump to this song if they ever come to Indonesia.

How it all connect: I found Mayday through my new favorite actor, Satoh Takeru; and through Mayday I found flumpool.

After listening to some (well quite a lot actually) Mayday’s songs, I found two songs in Japanese called Belief and a Japanese version of OAOA (OAOA is my first most favorite song by Mayday).

I look it up and found out it was a band called flumpool. Unlike Mayday, I have heard Flumpool before…I like things Japanese so I automatically know a lot of Japanese rock bands even only by name. I never heard of their songs and never find interested to find out till I heard them with Mayday and curious with the vocalist’s voice.

I listened to some of their songs in youtube (again, bless youtube) and I love all their songs!!! I am now totally hooked to flumpool. I like their music and I especially like Ryuta’s voice…although I complained (at first) that Ryuta is TOO cute to be a Rock Singer…he looks more like a boyband member (look at this video> here and tell me he doesn’t look like a boyband member!). But I am glad he doesn’t use his good look to do audition as boyband member as he is really good as pop-rock singer 😉

Almost everyone I know here (who love Japanese music) are in love with One Ok Rock, I like some of their songs but I wouldn’t say I am a fan…it’s a completely different thing when I heard flumpool, I instantly fell in love with their energetic – and still have Japanese root – songs. They came to Indonesia earlier this year to perform in the launching of Waku Waku (paid TV Channel for all things Japanese), but I didn’t go to their show because I haven’t heard their songs yet…Now, I regret that, I wish I have heard their songs much earlier than now. I hope they will have a full concert here in Indonesia soon…or maybe I should save up to see them in Singapore because they often performed there.

flumpool (フランプール) is a four member band from Osaka, Japan.
They formed the band ‘CUBE’ in 2002. In 2007 they gained a drummer and changed their name to ‘flumpool’. This year they released two indies singles; ‘Mirai Kanai’ (ミライカナイ) and ‘LABO’ which are sold in a cd rental chain store in Japan. On September 1st they became the Campaign Song Artist for the Japanese cell-phone company: au KDDI ‘LISMO’. Later that month thier song ‘Hana ni nare’ became the music for ‘LISMO’’s TV commercial. Their most recent song “Over the rain ~Hikari no Hashi~” (Over the rain 〜ひかりの橋〜) is the song for a TV drama Bloody Monday. In October 2008, they released a digital single named “Hana ni Nare” (花になれ).

flumpool concocted their name by taking the ‘f’ from the word ‘four’ (the number of members), and adding the words ‘lump’ and ‘pool’. So in other words these guys are a ‘collective mass of four’, or a ‘quartet’ if you will.

Ryuta, Genki and Seiji have been friend since childhood.

Mayday and Flumpool haven been working together for so many times.

The most interesting one for me is their collaboration on rewriting the lyrics for two songs. Ashin of Mayday rewrite the lyrics of flumpool’s Akashi (証) into Zheng Ming ( 证明 ]) while Ryuta rewrite Mayday’s OAOA into its Japanese version. Good thing is, both songs are my favorite from each band. Akashi is a very beautiful song while OAOA is a very uplifting song.

Here’s one of the best video in youtube on their collaboration (couldn’t stop watching this because I love it so much). Ryuta and Ashin sing the Manadrin version of Akashi/ Zheng Ming (min 1.45) and then for the first time, Ashin sings OAOA (min 8.46) in Japanese version together with Ryuta. I love these two bands chemistry. They look great together.