I am still in the mood of watching something with similar theme (or same actors), somehow it’s easier to write the review 😉

These two movies, one from Japan and one from America, somehow have a similarity but also very different.

Exactly a month ago, I have published a post saying that I have a new favorite actor called Satoh Takeru (the kanji is written as Satou but somehow the English translation is often written as Satoh). His acting level is still far from my number one favorite actor BUT I see a potential in him because he keeps getting better and works wholeheartedly all his movies. I am planning to see all his works prior to Rurouni Kenshin; Kyoto Inferno (the movie that turned me into his fan) and Real (リアル〜完全なる首長竜の日〜Riaru Kanzen’naru Shuchou Ryuu no Hi) is one of his latest movies.

And then I read a review comparing Real to Eternal Sunshine of The Spotless Mind, I know how famous the movie is but I still haven’t had the chance to see it yet…so I decided to look it up and see it as a pairing review. 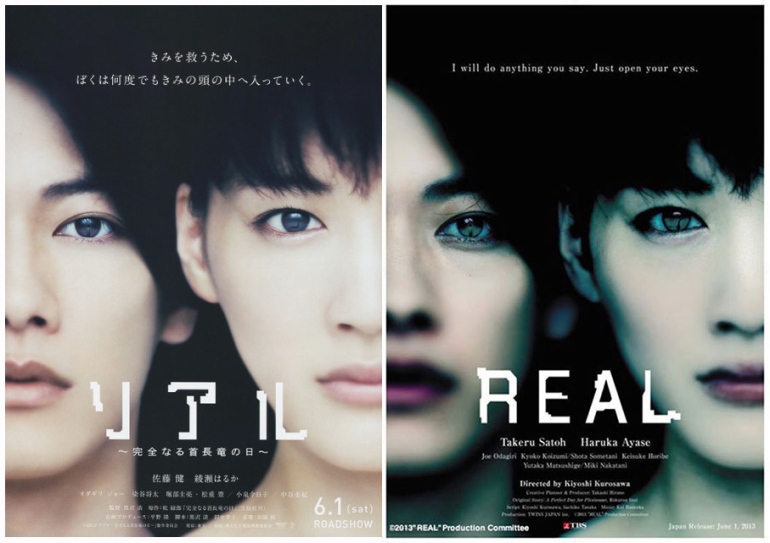 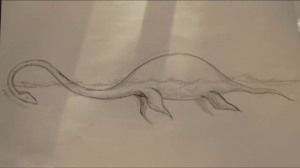 Fujita Koichi (Satoh Takeru) and Kazu Atsumi (Ayase Haruka) have been together since childhood. They become lovers when they meet again as grown up. Despite being together for so long, Koichi can’t understand why Atsumi decided to commit suicide and ends up in coma. With the help of sophisticated machine, the doctors help him to enter Atsumi’s mind. He has doubt whether he should go into her mind, whether she still wants to meet him. Atsumi is a mangaka (Manga artist) and she wants him to find a drawing of Plesiosaur that she gave him when they were still in elementary. Koichi does his best to find the drawing if it means it can bring her back from the coma. He keeps coming back into her mind till something unexpected happens.

The tagline (the Japanese one) says everything about the movie. Here’s my rough translation : To save you, no matter how many times, I will enter your mind.

At the beginning, I enjoyed the movie because every visit is similar but different. I couldn’t figure out what happen next but then the attraction disappeared little by little as the movie goes. The images of the gruesome manga that Atsumi draws added the element of suspense and horror. However that wasn’t enough to maintain the excitement. I did enjoy the movie but not up to the level of really liking it. If I do rewatch it in the future, it’s merely because of I want to see Takeru-kun’s cute face.

The movie does have this slow and intense Japanese-style atmosphere but the characters don’t evolved much. I noticed that Takeru-kun and Ayase-san have good chemistry but the script is not good enough to show the up and down emotion between them. I sort of wished that it’ll have great ending but the ending is too childlike, I was like “eh? sore dake?“

Kurosawa Kiyoshi made an amazing miniseries called Shokuzai which is one of the best drama series I have ever seen…too bad Real is nothing to be compared to Shokuzai.

After i saw the movie, I went to my fellow Japan lover, Jason and found his more thorough (than mine) review>> here.

Eternal Sunshine of The Spotless Mind – 2004 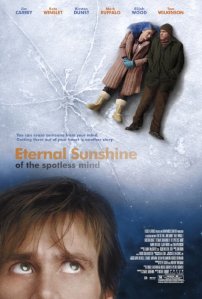 Joel Barish (Jim Carrey) meets an unusual woman named Clementine (Kate Winslet). They instantly attracted to each other. But something happens on Valentine day. Joel brings a beautiful gift for Clementine but she no longer recognizes him and has new boy friend. He later finds out that he has been erased from Clementine’s memory. Because of that, Joel also wants to erase her from his memory. The place to do that is called Lacuna. However, can Joel really erase all the memory he has shared with Clementine?

The thing that I like the most about this movie is the complexity of the characters. Carrey and Winslet are the winning aces of this movie. The others are not that essential and somehow a bit boring. The hide and seek is the best part of it. I really like the ending (not the final one but the twist before the ending). Carrey’s acting is superb, he should play more in serious movies like this. i don’t have to say anything about Winslet as we all know how good she is. Overall, Eternal Sunshine is one of those romantic/love story that I could enjoy without feeling bored.

Although I like Eternal but its complexity is still not as great as Charlie Kaufman’s other movie, Being John Malkovich.

In comparison, Eternal Sunshine is more interesting than Real because of its complexity and well developed characters. Real lacks in both, not because the actors are not good but more to the script. However, Eternal Sunshine is a bit ridiculous when it comes to performing the scientific machine. I find it really ridiculous to have one’s mind being erased that with incompetent technicians. Neuro is not a simple thing. Real shows a more proper equipment with skillful doctors. When it comes to science, Real feels more real. 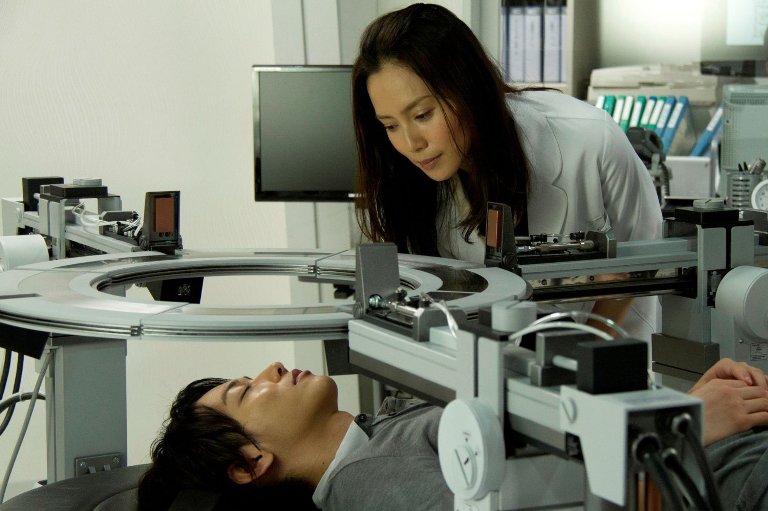 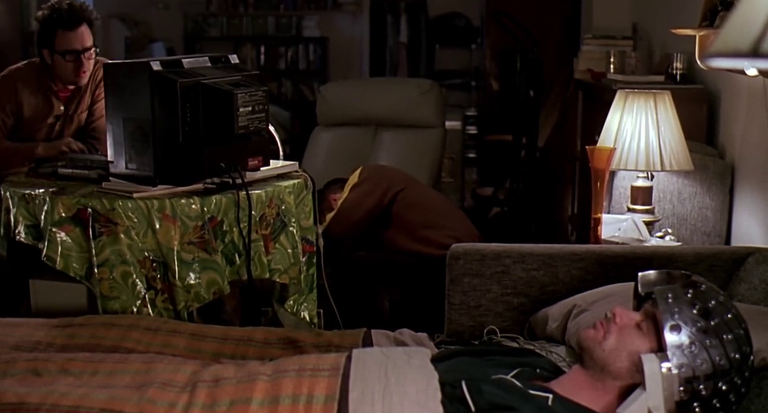 Overall, I like both movies but Eternal Sunshine is a much better movie than Real.

I was going to ask, have you seen the movies…but somehow I have a feeling the answer is only “Yes, I have seen Eternal Sunshine and never heard of Real” 😉