Since I found youtube’s dorama channel and Drama(dot)net, it has been difficult to escape the grip of Dorama 😉 … I haven’t watched any English speaking movies/series (except for Doctor Who and soon Peaky Blinders). I have been watching one dorama after another, last month I had watched 3 series with Nishikido Ryo as the actor (either supporting or main actor). 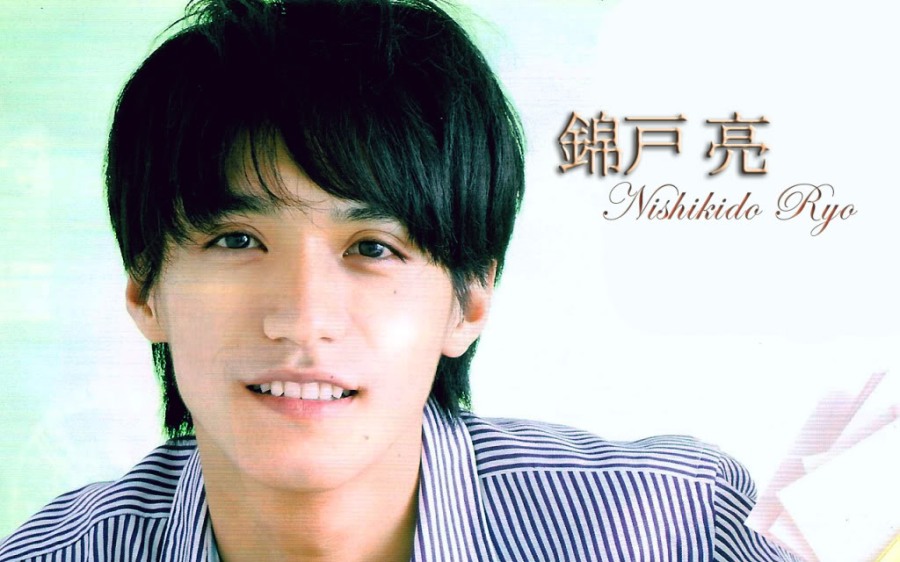 Not all of them were great dorama but at least at some point, they were enjoyable…and if the story was not good, at least i could fest my eyes upon Ryo-kun’s adorable smile 😉 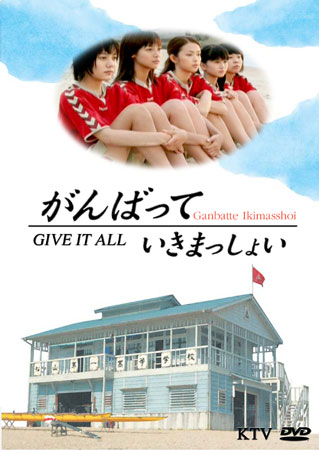 I was in the mood to watch series by one of my favorite eye candies (most of my eye candies are either Japanese or British). I found one of his old dorama. Funny thing about Ryo-kun is that he is cuter as he gets older. In this dorama he wasn’t that interesting to see 😉

However, I quite like the series. It’s based on a novel under the same title by Shikimura Yoshiko. It’s about a girl named Etsuko Shinomura (Suzuki Anne) who wants to join rowing club but there’s no girl’s team in her school. Her passion to row has made her to make her own girl’s team consist of 5 girls. This team is so bad but they are always trying their best. They want to enter national competition.

I like how it ends up so real (unlike some Hollywood movies where someone who never do some kind of sport can beat up someone who has done sport for years). The ending feels so real where passion itself sometimes not enough to win a competition but the spirit and the fun is a long lasting memory.

One thing that I notice the moment I saw the series was its unusual accent…and then I realize, it’s Osakaben. I am not used of hearing such thick accent, it somehow felt a bit weird.

Overall, this is a fun dorama about not giving up on what you like. 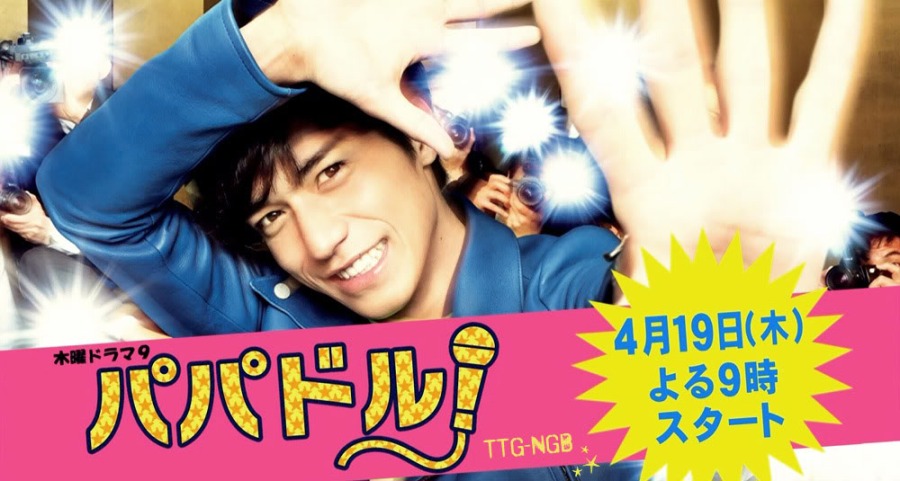 For this, I am going to copy the synopsis from Drama-wiki:

This drama takes a whole new approach by making stars act under their real name and collaborating with other TBS television shows. Nishikido Ryo acts as a popular idol and member of Kanjani8 (or as himself) who secretly marries a woman with three children. This comedic drama portrays the reality of show business and the importance of a family bond. Ryo has come to his girlfriend Haruka’s house to ask her mother and children for her hand. Her eldest daughter refuses flat out saying that she doesn’t want an idol as her father. To make things worse, Kanjani8’s manager finds out about the marriage and tells him to either get divorced within three months or end his career in show business

To be honest, in term of cuteness…out of three Ryo-kun’s doramas I shared in this post, Ryo-kun looks the cutest in here. Incredibly cute and adorable and handsome…all around delicious eye-candy.

The dorama itself was a bit dry. This is another version of celebrity hiding his marriage because the fans are not ready to accept such news. It reminded me of Mukodono with Nagase Tomoya as the leading actor, but unlike Mukodono where the romance felt real and acceptable, Papodoru felt more like trying to play house. One thing that made me felt a bit bored was the chemistry between Ryo-kun with Yuka (the one playing his wife – Hanamura Haruka) was not strong. They looked more like brother and sister than newly wed. The only romantic part was on the first episode where he kissed her…after that, NONE! I know it’s a family movie but still you can share the sense of newlywed without being too open. Like in Mukodono, even though they lived in a big family but we could still see their moment of being newlywed.

Overall…I don’t think I could finish the whole series if not because of how cute Ryo-kun was. That’s the only motivation to continue watching. 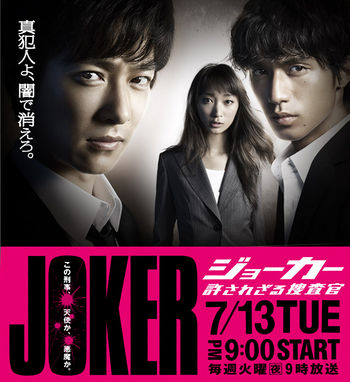 Out of three dramas here, Joker Yurusarezaru Sousakan is the most enjoyable and interesting one. The chemistry of the three main actors was so strong.

Date Kazuyoshi (Sakai Masato) is a gentle police. He seems like an unreliable detective, his subordinates even look down on him and somewhat show disrespect. But the truth is, he is a very good detective with a better instinct than the others. Kudo Kenji (Ryo-kun) from the forensic sees him differently. He likes Date a lot and able to figure out that date is behind the missing criminals.

Criminal cases sometimes are bound to be unsolved under the  law’s rules or other circumstances. Date investigates such cases and makes the perpetrator disappears. He doesn’t kill those criminals, he only sends them to a private prison. Kudo becomes Date’s right hand.

I liked the way the story built up slowly into some kind of conspiracy. They didn’t overdo it but it had strong impact that could easily led to season 2 (but there’s no season 2 yet). And as I had written above, I liked the chemistry between Sakai, Ryo and Anne…especially between Sakai and Ryo. The two of them looked like real partners even though they came from different department.

I hope they will make the sequel one day.