Lately, I had been so busy (still am) and being busy made me only eager to watch something light even though the story might not be so great…or even very lame. The thing is, I only wanted to relax and enjoyed the story and laughed a lot.

The kinds of entertainment for this kind of situation is TV Series. I haven’t yet found a recommendation of a fun British Series (except  for Doctor Who which just started this week 😉 ) so I turn my attention to the other country that I love as much as England, in term of entertainment. I started watching one Dorama (Japanese Drama Series) to another. I am sooooo happy that I can find a lot of Dorama in youtube now. I know that it’s illegal but where else could I see it?

So far, I have watched 5 dorama in the row…but I am going to review three of them now and the other two soon.

Uehara Choko is a very dedicated policewoman. She is a mother of one son and one step daughter. On her duty, she tried to safe a little girl from a burning house. She dies saving that little girl’s life. When it’s time for her to go to the world after, her son, Tonbo keeps calling her. She decides to stay on earth because she can’t leave her son. She lingers in her house. Tonbo wears his mother’s eyeglasses because his eyes are getting worse…but when he wears it he can see his mother again. The two of them work together to solve some cases but no matter how much Tonbo wants to stay with his ghost mama, she still has to go to the other world.

I watched this because of Nakama Yukie. Ghost Mama Sousasen was funny and enjoyable. The cases were interesting. The thing that I liked the most about this dorama was the way everyone interacted with each other. The chemistry between everyone was great. Nakama Yukie and Manase Katsuhisa had worked together in some dorama and it’s always fun seeing the two of them arguing and yet still acted as best friend. Kimino Yuma is soooo cute and adorable. For a 6 year old kid, he was brilliant! His acting was so natural. I look forward to seeing him more in the future. 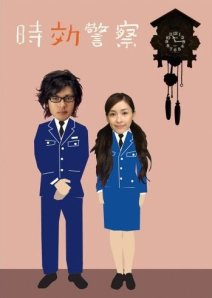 In Japan, there’s something called Statute of Limitation. It’s like an expired date for a case to be solved. For murder case the overdue is 15 years, after 15 years the case is closed and there will be no investigation anymore.

Kiriyama Shuichiro is a desk policeman, he deals in information management. He mentions that he has no hobby at all. Knowing that a person without a hobby is somewhat boring, he decides to find a hobby and that hobby is to solve overdue cases.

I liked seeing the interaction between Kiriyama and Mikazuki. Mikazuki liked Kiriyama a lot but Kiriyama only thought of her as a friend. He always asked her to accompany him when he was busy solving a crime. I like the couple a lot, I sort of wished that they got together in the end. The crime it self was a bit boring. We knew the perpetrators from the beginning because most cases he tried to solve had strong suspect who was saved by strong alibi. Only one case was a bit different. The cases were mostly so simple and it just didn’t make sense that there were no detective in Japan who was able to solve the case for the past 15 years.

Even though the solving mystery part of the dorama is too predictable, I still enjoy it…but not enough to make me eager to see season 2 of Jikou Keisatsu.

Oki Kenji used to be the leader of a biker gang. He disbanded his gang when his parents died and decided to take care his only sister. In order to provide for their life, Kenji works as a shoujo mangaka (manga artist for girl’s manga) under a pen name Sakuraba Reika. Kenji is very strict toward Yasuko because he only wants to protect her. For him, everything is for his sister’s happiness even though his way often seems so annoying. He becomes more strict when Yasuko falls in love with Tsubaki Jun. On the other hand, Tsubaki’s sister has been in love with Kenji for the past 10 years.

This dorama was soooo funny. It’s the kind of exaggerated comedy that we could see often  in Japanese drama. I laughed all the time and I also loved their unusual family. Kenji with his gangster’s way of controlling his sister’s life but he was actually very gentle and loved his sister so much. Yasuko often complained about her brother but she also needed him. However, there’s one thing that made this dorama a bit monotonous, it was the way every episode seemed to end with confrontation in a deserted place. It was a bit peculiar how everyone able to find the deserted place.

Overall, Yasuko to Kenji was an enjoyable dorama. 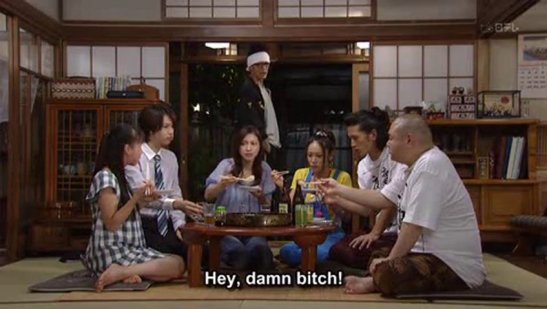