Annual One Piece Reread and 13 Quotes

You can play this video while reading my post 🙂

I have just finished reareading 74 volumes of One Piece (author: Eiichiro Oda) \(^_^)/ …actually 71 volumes and the rest were through manga scan. I will buy the original manga when it comes out but I can’t wait that long to read what happen next. I think I have been reareading this magnificent manga for the past 10 years (maybe more). But since the manga has become longer, I will only reread it once every two years, not once a year anymore.

I have read many Manga or watched many anime but none of them have touched me the way One Piece has touched me. Attack on Titans, Death Note, Bleach, etc are all great manga/anime with great story but none of them move me. One Piece story manages to move my heart so deeply, it make me laugh, it makes me cry, it lifts my spirit, in short One Piece has a full package of feeling. Basically One Piece is about friendship and strong will.

Some people said that One Piece sucks or really bad or whatever….but for me (even though I am now way over 30), it’s still the best manga ever written.

Note: These are my rough translation from Indonesian edition.

“I have decided to do it, therefore I will fight for it even though I have to die to get it” ~Luffy

“Even though he has hundreds of weapon in his suit, he can never defeat a man with strong principal. In a fight between life and death, whoever feels doubt and afraid of dying will lose. At least that boy has no doubt at all. Whether his will to survive or merely his belief that makes him unafraid of dying.” ~Zeff

“There’s a time where a man should not run from a battle; it’s when people are laughing at your best-friend’s dream” ~Usopp

“The future that I want? yes there is, but it’s like going by myself if I chose to go with you. Where’s the fun of having them all to myself? Yes, there are so many things I want…but if I have to abandon all my friends to go with you…I don’t want anything anymore.” ~Nami

“400 years ago, an explorer from blue sea was lying about the city of gold. Even though the whole world was laughing at him, till this day his descendent is still looking for the city of gold under the sea. When the huge gold bell rings, that descendant will know that the city of gold is on the sky, that’s what that boy in strawhat was thinking. Beautiful reason, isn’t it? He has strong will even though that means he has to abandon all opportunity to run away from danger.” ~Robin

“Out of the life of all the people in this world, that woman chose the life of the six of you” ~Iceberg

“When I was defeated by Aokiji, I started thinking that there are a lot of people much stronger than him. That’s why, I have to become much stronger so that I can protect my friends. Not only that…because I want to be with my friends forever, I have to be stronger than anyone! Otherwise, I will loose them. I tried creating new ways to fight so that I won’t be defeated by anyone! Therefore, no one will ever leave me again.” ~Luffy

“Pirate is evil!!? Marine is justice!!? How long will you keep saying that? Kids who never know peace and kids who never know war have different value.  Only people who stand on the top can claim which one is good or bad!! This time, this place is neutral ground!! Justice will definetly win!! Because the winner is justice! ~Doflamingo

“He becomes like this not because of his strength or his fighting skill…it’s because he can turn people around him to be his allies. In this sea, a person with that ability is the strongest.” ~Mihawk

“In Arabasta kingdom, I met my brother after 3 years. Just by looking at him, I feel at ease. Do you know why? He was no longer the same Luffy who always followed me. He has got loyal friends. So no matter what happen, he will be alright.” ~Ace

“Hero? I don’t want to! I am a pirate! I like being a hero but I don’t want to! If we relate it to meat, pirate feast with a lot of meat but hero is the one who gives away meat to other people! I want to be the one eating meat!” ~Luffy

“Looking at Luffy, in my heart I know that he will be the pirate king. But I was wrong, there are too many enemies that can’t be defeted by him. Even Luffy can be defeated. He forces himself too much. Even now he is screaming!! That’s why, HE NEEDS MY STRENGTH!! I want to be strong!!” ~Usopp 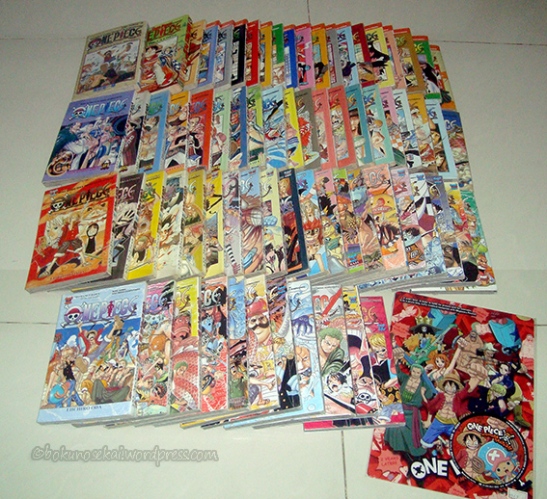 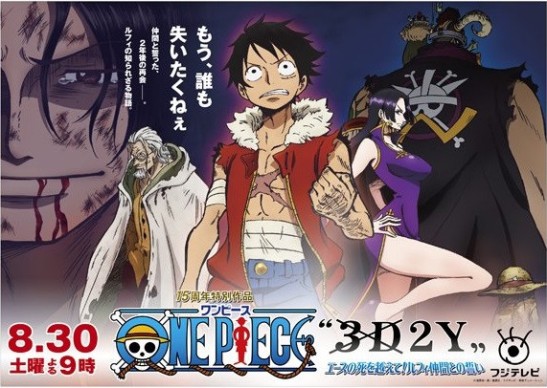 Fan’s trailer (I think this is a much better trailer)

I really like this AMV because it really shows what One Piece is all about… friendship… friendship… and loyalty.

7 comments on “Annual One Piece Reread and 13 Quotes”