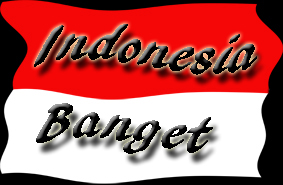 It’s been three months since my last Indonesia Banget post. Keeping a post posted every same date turns out to be very challenging when you’re busy. I used to manage to write something about Indonesia every month but now I often forgot that the date for sharing Indonesia Banget has passed. I only post Indonesia Banget on 17 of each month because our independence day is august 17.

Inspired by what Ruth (@ Flixchatter ) said in one of my posts that she didn’t have Easter holiday…so I decided to share Indonesian Religious Holidays. I was also inspired by a story from my co-work. She had a lot of foreigner friends; they were in Indonesia because they got scholarship; and they told her that they really like all the holidays in Indonesia because they can have a rest in the middle of the week.

Indonesia is a tropical country so we don’t have summer or winter holiday, but since we  are a country with five main religion we have a lot of religious day offs to accommodate the needs to do something special on that day. I have shared a bit about the holidays in Indonesia – A Country With Four Religions (It’s five now because Confucianism is already accepted). Indonesia is NOT an Islamic country but the majority is Islam, therefore we have more religious holidays for Islam.

I will list all the HOLYdays according to this year’s calender; 2014 (Only the Christian’s ones stayed the same, the other keeps changing every year)

Every province has their own way to celebrate the birth of the prophet. Some are mixed with old tradition, some are just doing religious lecture in public.

We used Hijriyah calender for all Islamic events (based on the moon) so the date is always changing.

This holiday is recently added because when Suharto was the president (for decades) celebrating Chinese New Year was banned. In year 2000, President Abdurrahman Wahid took away the ban and since then, Imlek can be celebrated freely.

They use Tionghoa Calender which also based on the moon, so the date is always changing.

Saka New Year is also known as Nyepi. Nyepi comes from the from Sepi (Silence). Nyepi is also known as Day of Silence where the believers stay at home; not talking, not eating and not working. They are doing nothing but self-reflection. It’s celebrated mostly in Bali as part of Hinduism. Balinese who lived in other province also does the same ritual but of course none have the same effect as in Bali where all the streets are deserted, even the beach are empty.

Balinese Saka Calender isn’t based on moon nor sun, they have their own calculation. The date is always changing.

Here in Indonesia, Easter is not about bunnies and eggs. The Christians are still celebrating this day as religious day not for the fun of it. They go to the church and in many places they re-enact the day Jesus was crucified.

For all Christians Holidays, we use use the usual calender so the date never change.

15 Mei : Hari Raya Waisak 2558 (Vesak or the birth of Buddha, not as a human child but as an enlightened one)

Waisak is celebrated by all Buddhist across the world but with different dates, even in Indonesia the date is always changing. In Indonesia, the biggest celebration is in Borobudur. I would love to be there one day, to see the spirit of the celebration myself and the beauty of the thousand of lantern in the sky.

Isra Mi’raj means the ascending of prophet Muhammad from earth to heaven. Just like Maulid, people are celebrating it in many ways, mostly with religious lectures.

The Feast of the Ascension, also known as Ascension Thursday, Holy Thursday or Ascension Day, commemorates the bodily Ascension of Jesus into heaven.

I have shared bits of this through my blogging years (such as: Ramadhan is Here and Eid Mubarak) . We are fasting for a month (the month is called Ramadhan) and Eid al-Fitr is the first day of Syawal (the month following Ramadhan); we are not allowed to fast on these days…it’s time to feat and celebrate.

We begin with Shalat and then visit our relatives. I always enjoy Idhul Fitri.

Islamic New Year – the beginning of Hijriyah Calender – is celebrated in many ways, but mostly outside Jakarta. The celebration in Jakarta is not as interesting as in the other places in Indonesia.

Tho I do not celebrate Christmas but I know for sure (because I have many friends who are Christians) that they do not celebrate Christmas like what we often seen in movies. It’s more to honour the day Jesus was born rather than Santa, present and Christmas tree. The Christians (in Indonesia, most people say Christians to both Catholic and Protestant) go to the church or other religious gathering to pray and have a holy celebration to honour Jesus. In Christmas night, all Churches are full with people.

Maybe you can come to Indonesia to see one of those religious celebrations 😉 I hope you enjoy this post.

Note: Just like ALL religious posts in my blog, I will DELETE any comment that says bad things about any religion!