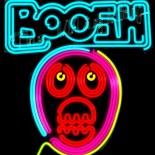 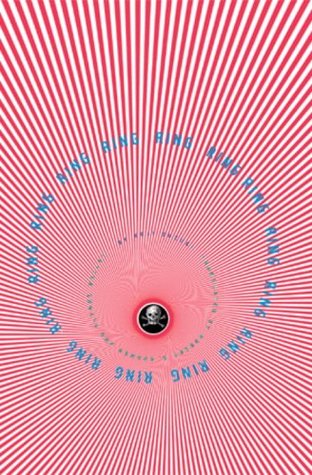 “Those who have viewed these images are fated to die at this exact hour one week from now. If you do not wish to die, you must follow these instructions exactly…”

I have written about Ring so many times, simply because I love it so much. The famous Japanese horror movie called Ringu is based on this novel. I have written my movie review back in 2010, my book review back in 2008, and finally a comparison of the book, the movie and the remake which I called The Original, The Adaptation and The Screw Up (yes, I dislike the remake so much!!). As you can see, I have reviewed the book in 2008, at that time I found the translated book. I was quite surprised to find it in the book store because Japanese novels (which are translated to Indonesian) were so rare, a lot of manga but almost no novels. Fortunately, there are many translated Japanese books now 🙂

The book blown me away when I first read it, it was so different to the movie. I even started my first review with this sentence:

This novel has plenty of differences with the movie (The Japanese version), basically the outline of the story was the same but the details were different.

Back in 2008, I was still on my early years of reviewing book, so the review was full of spoilers. I will do a better review now 😉

I found the English version of this book (and the other 2 related books) recently \(^_^)/ , I was still reading The Wonders of Life by Brian Cox at that time…so I have to wait till I finished that one before starting to reread RING.

Want to know something interesting?? I DIDN’T plan this, honest!! When I turned on my PC to start writing the review, as usual I would searched my old posts so I could link it to this post…and to my surprise, I first reviewed RING in 12 March 2008 and today is 12 APRIL 2014!! What a coincidence, both have the same date…and I began rereading on March.

Ringu-the movie is a well-known HORROR movie but the book itself is more THRILLER and MYSTERY than horror, there are more investigation than scaring people. The eerie feeling is still there but the ghost of Yamamura Sadako never shows up in the book.

The book begins with the death of a teenage girl. A story about another similar death has brought Asakawa, who happens to be the girls’ uncle, to an obsessive investigation. His investigation leads him to a mountain resort and a mysterious videotape.  Unaware of the danger that lies ahead, he watches the video. A stream of unconnected images flashes before his eyes and to his surprise all the images have realistic sensation. When the image shows a pair of arms holding a baby boy, he can also feel the baby and his warmth on his arms.  The video ends with a terrible warning that will cause his life unless he does the charm…unfortunately, the charm has been deleted by someone. He believes the warning one hundred percent because of what has happened to his niece and her friends.

Asakawa, with the help of his high school friend, Takayama Ryuji try to find the charm. Their investigation leads to the beautiful and strange Yamamura Sadako.

Although there’s a strong supernatural vibe in the plot but as a whole I can say that RING is also a detective book. The investigation conducted by both Asakawa and Ryuji has a lot of speculations and deductions.

” … But it’s different in real life. Every single one of them, without exception, believed him. All ten of them. And not because all ten of them were especially chicken, either. You could try it on any group of people and get the same results. A fundamental sense of terror is built into us humans, on the instinctual level.”

“So what you’re saying is, it’s strange that those four didn’t believe the video.

Just like most Japanese books and movies, you simply can’t hate the antagonist because no matter how evil the antagonist is, he/she still has the imperfectness of human being. In the movie (unless you have watched Ring 0 : the Birthday), Sadako is portrayed as an evil demon but in this book we can understand Sadako more. A book always has more depth than a movie (I have learned that much throughout my reading and watching says).

RING is part of a stand alone trilogy. RING, SPIRAL and LOOP are often considered as trilogy BUT it’s not the kind of trilogy where you have to read them all because all three of them, even though connected, are centered on a different characters. My first plan was to read RING and then read book by other author and then read SPIRAL…but the temptation is TOO big, I am now reading SPIRAL (and most likely will read LOOP afterward)

20 comments on “Ring by Suzuki Koji”