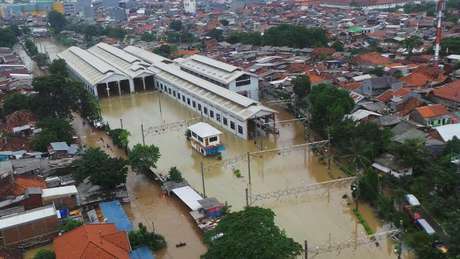 At first, I wanted to share my top 5 movies and TV series of 2013, but something more urgent needs to be shared. It’s not something that might concern everyone out there but I live here…here in Jakarta, it concerns me a lot.

It’s not a surprise that there’s a  flood in Jakarta, it’s already become a regular thing but once in a while the flood become unbearable. It swallows most parts of the capitol city of Indonesia.

Many people are complaining about the new Governor, they criticized him and demanding his promises to handle the flood…for me, he is not even a year on the job…GIVE HIM A BREAK! He has done much better than the two previous governors. At least the flood area is less than last year (source: kompasiana).

It’s not the time to blame anyone…it’s time to look into ourselves because there are still so many people who think that it’s okay to throw garbage into the river. Change that behaviour then you can start complaining when the flood still comes.

I don’t know how long will this flood last, they say the worst will come this Wednesday (hopefully the prediction turns out wrong). All I can do here is pray and hope everyone can stay strong, especially those who can’t live in their house at the moment. Be Patience.

35 thoughts on “Flood All Over Jakarta”