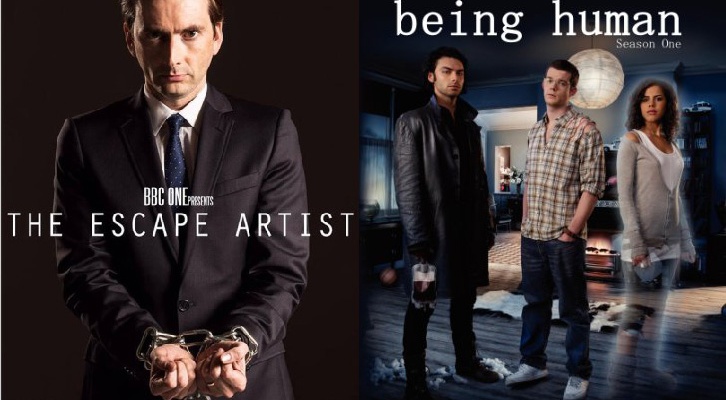 Ha! The minute I have more free time the first thing I watch is BBC Series…so predictable 😉

I thought I was going to catch up with all the movies I have stored … BUT the series is the one that intrigued me the most. Four days ago, I wrote about Shingeki no Kyojin (attack on Titan) which is a 25 episode anime, and then I spent the next days to watch 2 BBC Series : The Escape Artist and Being Human. The next series I am going to see is Tiger and Dragon, a Japanese Dorama. You can easily see that my viewing choice is ruled by British series and Japanese anime/dorama! Those two countries have interesting ORIGINAL TV Show!

I am not going to spend a lot of words in the opening, let’s just start the review 🙂

A chilling and bloody legal thriller that explores the line between law and justice.

Yeaaaa….. David Tennant’s new drama!! < that was my first reaction when I knew David Tennant has another drama on BBC. I avoid reading any review for this drama because I know it’s a thriller and just like Broadchurch, I pretty much sure that the ending will be something great…something unpredictable…something better left unwritten in any review. AND I AM SO GLAD I AM RIGHT!

I will write a brief summary of The Escape Artist so that you know what the miniseries is all about but first I need to share this:

A barrister is a lawyer who represents a litigant as advocate before a court of that jurisdiction. A barrister speaks in court and presents the case before a judge or jury. In some jurisdictions, a barrister receives additional training in evidence law, ethics, and court practice and procedure. In contrast, a solicitor generally does preparatory work and gives legal advice, such as drafting and reviewing legal documents, dealing with and receiving instructions from the client, preparing evidence, and managing the day-to-day administration of a matter. A solicitor can provide a crucial support role to a barrister when in court, such as managing large volumes of documents in the case or even negotiating a settlement outside the courtroom while the trial continues inside. (wikipedia.org)

Talented barrister Will Burton (David Tennant) never  lose a case! He has great way to defend his case even though he doesn’t always believe that the people he defends are innocent.

“We don’t have to like them to defend them”

Liam Foyle (Toby Kebbell) is charged for killing a woman brutally. Burton is not sure that he is innocent but a job is a job and he does everything he can to defend Foyle. As expected, he wins the case due to technicality but his life is never be the same again after. Defending Liam Foyle changes Burton’s life forever. A bloody mind game has begun the moment Foyle walks off the court.

I REALLY like this 3 episode miniseries!! The acting is brilliant, everyone in The Escape Artist plays to the fullest. I have to give big applause to David Tennant and Toby Kebbell. The best moment between these two actors is when Tennant interviews Kebbel in prison.

What makes me like this series is the fact that it really shows how crooked the law is, LAW IS NOT ALWAYS JUSTICE!! Throughout the show you can relate it to what happen in real world, it doesn’t matter who’s right or wrong it’s a matter of who can defend it well. I also love seeing how different the British court with US court is! I am used to watch US Court scene but I have never seen one from England. They still use that weird wig from the past and they also still wearing the long coat (it is a bit like Indonesian court). 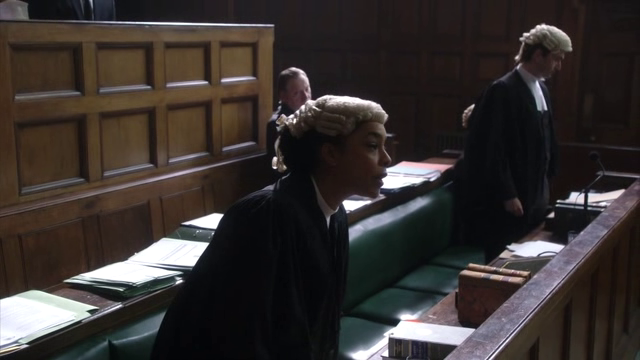 I CAN’T make a good review for this series because I REALLY don’t want to spoil it, just like the trailer below, you don’t get much from it but I can assure you that it’s bloody brilliant! I finished all three episode in one night because I can’t stop wondering what will happen next, it’s like watching a three hour movie.

PS. I should mention that David Tennant looks incredibly sexy here 😉 (well, when he is not wearing that court coat and suit) 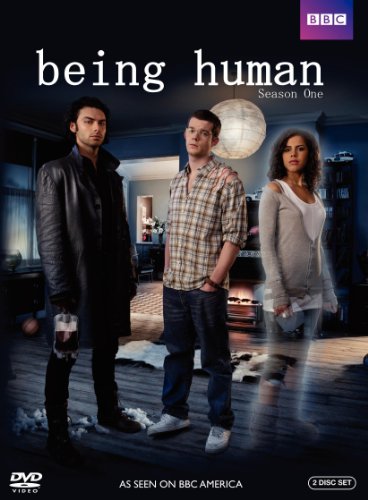 I have been meaning to watch this series ever since I found out that one half of The Mighty Boosh was guest star in series 5. I couldn’t watch series 5 straight away, I wanted to see it from the first. I have the series early this year but something always prevented me from watching it till this weekend. Now that I have seen it, I am addicted to it!

Three supernatural beings share a flat together. George Sands, a werewolf (Russell Tovey) and  John Mitchell, a vampire (Aidan Turner- yes he played Kili in The Hobbits) rent a house in Bristol. They thought it’s going to be just the two of them but it turns out they have new flatmate, a ghost named Annie Sawyer (Lenora Crichlow). Annie died in that house, she loves her fiance so much and she thinks that that’s why she is still lingering in the world of the living. George refers her as the happy Casper. They all try to live as normal as HUMAN eventhough they are all MONSTERS.

Although it’s a supernatural drama, but I think it emphasizes more on the friendship between the main casts. I really like seeing how close George and Mitchell is, they are also close with Annie but it’s the relationship and the love between George and Mitchell that interests me the most. They are such cute bromance. George is a very awkward man and can’t accept the fact that he is a werewolf. He can’t speak with a woman properly. I really like his awkwardness. When I first saw Russell Tovey in Sherlock – The Hounds of Baskerville,  I didn’t like him at all but here in Being Human, he is so adorable! Mitchell, on the other hand, is very confident and accepted the fact that he is a vampire but he wants to be like human and refuses to kill for blood, the temptation of blood is so huge that he sometimes fails to contain his thirst. He loves his friends more than anything. Behind his dark past he has good heart. The vampire in Being Human is not the kind that burn in the sun. Annie is very chatty and always happy. She is obsessed with her ex-fiance because the last thing she remembers is the love between her and Owen. The love is not actually like she remembers, I feel sorry for Annie.

Annie, George and Mitchell are the main reason that makes the series interesting. The stories are fine too but seeing the three interact is the best part of it. While writing this, my mind already drifts to the second series 😉 It’s a shame that both Turner and Tovey left the show after series 3….I hope I am still going to like the series even after those adorable bromance left the show.

Oh…almost forgot to say that it’s also very funny once in a while, mostly when they are together.

13 thoughts on “British Invasion: The Escape Artist & Being Human”