Chester’s Mill is a place like any other, at least it used to be until we were cut off with the rest of the world by a mysterious dome. Invisible, indestructible and completely inescapable. We don’t know where it came from and why it’s here. Now that we all trapped under the dome, none of our secrets are safe. 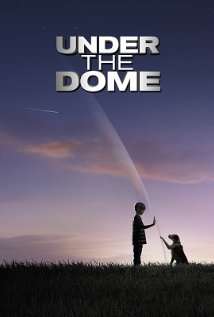 As I have already mentioned it several times, one of my most anticipated viewings (I no longer say anticipated movies because I am anticipating some tvseries) is Under The Dome. The reason is VERY simple…because I LOVE THE BOOK!

Many King’s fans didn’t like it as much as I do but for me, this is easily one of my favorites. I like the way he creates all the characters and the way they behave toward the isolation. Although the ending was a bit weak but the whole journey was amazing.  There were a lot of emotions involved in it. The book was over 1000 pages and I read it gluttonously as if it was only few hundred pages.

I am not going to talk about the book now…it’s all about the miniseries…the ongoing miniseries.

I have read (and also dreaded) that there will be some changes to the story and characters which is to be expected in every adaptation. The question is how big of change will it be.

I was planning to reread the book before the series started but holiday is a bad time to read, I normally read while I am on the road (read: on public transportation, on queue, etc). I spent most of my holiday at home and that made me lazy to pick up any book, I prefer to spend my time playing with my turtles or my nephew or watching DVDs…things that I can’t do while I am on the road. So, till this day I haven’t reread Under The Dome. Even so…I still remember the story and the characters.

The rumour about the series being changed was so true!

This episode began with Barbie burying someone and then on his way out of Chester’s Mill, something happened. An invisible wall suddenly appeared and cut off everything on its path. A cow was cut into two. This first episode is mainly about people’s first reaction toward the invisible wall.

Unfortunately…when the dome fell, the shock is not as grand as the book. The best visual effect of it is when the dome cut a cow into half (click here if you want to see the image as it is very gruesome). I remember that the book gave more terror when the dome fell.

In this episode, hidden motive, dirty secret and breakdown started to show up little by little. The people in Chester’s Mill also learned that the invisible wall was actually an invisible dome.

I am not sure how to summarize this episode, basically this episode showed nothing new, just the characters’ development 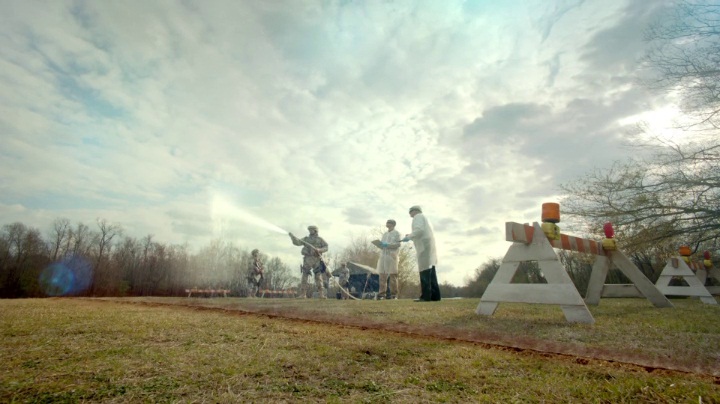 From the first episode, they already showed Barbie differently. The rest of the people in that town hadn’t shown much character’s change yet, but through episode 2 and 3 the changes were easily noticeable. The plot was also changed to a direction I couldn’t quite predict. It was like seeing another story with the same outline…people that was trapped in a dome.

However, I am not going to abandon the series! I will watch it till it’s over. I am curious about the ending because rumour said that it was changed. I wonder will it be better or worse than the book, like in The Mist, I really like the ending in the movie…more ironic than the book.

What keeps me watching the series is curiosity of how far the difference will be and the fact that Stephen King is one of the producers, so I still have hope that he won’t let the change drift too far away like in The Shining movie.

Starting today…I will reread the book to make sure that I have a good memory and also to see how far they changed the story and the characters. I will write another review once the series is over.

Now…for those who have CBS, Under the Dome is on Monday. Go watch it 🙂