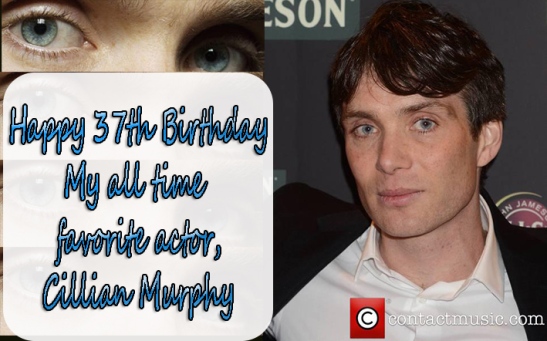 His family is not to be exposed
Being in A-list star is not his target
L.A is not his destination
Acting is his job not his life style

Saturday has been the day where I shared a bit of creative writing and since Cillian’s birthday is on Saturday, I think a poem about him is the best way to celebrate his birthday 🙂

Hope you’ll continue being the actor who cares more about the art than about being rich and famous.

This entry was posted on May 25, 2013 by Novroz in Cillian Murphy and tagged 37, Birthday, Cillian Murphy, Favorite actor, Poem, Tribute.