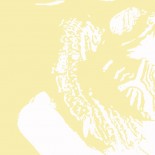 Napola (2004) – One Beautiful Friendship Under the Doctrine of Nazism 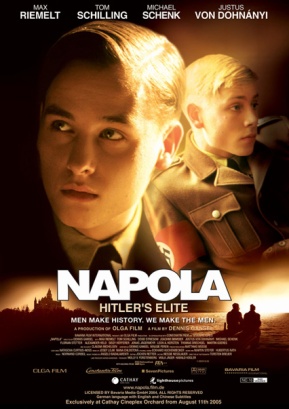 Despite its awful dubbing and terrible subtitle, I still enjoy Napola up to the point that those two deficiencies are no longer bothering me.

German movies aren’t very common here…well in fact almost most movies from Europe aren’t as common as Hollywood’s here. I have never heard of Napola before and most likely would never hear of it if Caroline @ Beauty Is a sleeping Cat never mentioned in her All About War Movies blog. Her review really intrigued me.

I couldn’t find the original DVD (no surprise there!) and finally relied on torrentz. Unfortunately, the file is so bad that I have to postpone watching it for months after I had finished downloading it. It was dubbed in another European language, but I don’t know which country…the dubbing is not a proper dubbing, it was more like a commentary, his words are above the original voice. I was forced to hear 2 different languages spoken one above the other…and that was incredibly annoying. To make matter worse, the subtitle was equally awful. It won’t show up after ¾th of the movie, I have to open the notepad and read it while watching the movie…watching Napola is probably the worst movie viewing experience I have ever had in my entire life.

The movie itself is incredibly heartwarming and beautiful. I love everything about it. The emotion is transparently shown and has one of the most beautiful friendships in a movie. I like it so much that I overlook that dubbing and subtitle problem. I wish I can see a better version of Napola.

From Wikipedia, I found out what Napola is:

In 1942, Friedrich Weimer’s boxing skills get him an appointment to a National Political Academy (NaPolA) – high schools that produce Nazi elite. Over his father’s objections, Friedrich enrolls, seeing this as his ticket out of factory life to university and a good salary. During his year in seventh column (fifth form), this innocence is altered as Friedrich encounters hazing, cruelty, death, and the Nazi code. His friendship with Albrecht, the ascetic son of the area’s governor, is central to this education; a night in the forest hunting for escaped Russian POWs brings things to a head.

I read mix comment for this movie in imdb but mostly saying about how inaccurate the historical view is or how it is more like to make us sympathize NAZI…I love this movie by ignoring all those facts. I always love movie about friendship and the strong and heartwarming friendship between Friedrich Weimer (Max Riemelt) and Albrecht Stein (Tom Schilling) win my heart.

Friedrich and Albrecht came from two different families, Friedrich got accepted in Napola for his skill in boxing. His parents refused his will to study there but he was so sure that his life would be better afterward if he studied there. Albrecht, on the other hand, came from a wealthy family whose father has high rank in military. Their personalities were also very different. Slowly, the softhearted Albrecht changed Friedrich to a more thinking boy. My favorite scene is when the two of them cried while hugging each other. 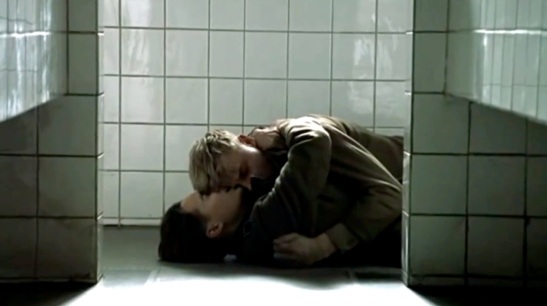 Friedrich and Albercht’s friendship is not the only thing I like, I also like their interaction with other students in their dorm. I can’t imagine how it feels to be in that very strict school…I bet I could go crazy if I was there.

Thank you Caroline for letting me knows about this movie. I also include this as my 8th movies and my 7th country in World Cinema Series hosted by Caroline. 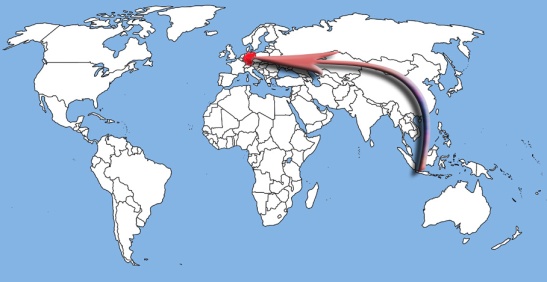 👩 Ka, mau naik gunung ga? . 👦 Mau... Mau. Ayuk Ibu. . 👩 Nanti ya kalau virusnya dah hilang semua. Semoga secepatnya. Amiiin 🙏 #oldpic #lombok #sembalun #sekong #bukitselong #NTB #travelling #trekking #hiking #memory #familytrip #familytime #Indonesia #hikerfamily
Let's share a bit of happiness in the mist of epidemic. Wish this situation will be over soon so we can see this view again soon #oldpic #prau #gunungprau #trekking #Travelling #trip #beautiful #Indonesia #nature #jalanjalan #family #familytrip #familytime #mountain #hiking
Old picture and I am not sure whether I had shared it or had not. Anka was not even 2 years old at that time. This is one of my favorite picture of the two men I love the most. Ayah carried both Anka and daypack (tied to Anka's carrier). For 5 days he carried Anka crossing Mount Rinjani from Sembalum to Senaru. The small mountain on the background is the new mountain that started to rise from Rinjani's Caldera. #oldpic #oldphoto #hiking #mountrinjani #rinjani #lombok #love #travelling #trekking
Someone is shedding 😊 I think Anka is big enough now, so I will let my turtle babies to roam around the house again. Yesterday was Papoe and today is Kroten. Few hours after she is out of water, her shells are shedding. Looking nice and waiting for the rest of them to shed. Letting them out really do wonder, Anka used to feel afraid to touch them, now he is touching them without fear and even talk to them just like his mom 😊 The babies, human and turtles will start to bond closer from now on ❤️ #turtle #baby #son #bond #shed #shedding #pet #family #redearslider