Because that’s how I see the universe. Every waking second, I can see what is, what was, what could be, what must not. That’s the burden of the Timelords, and I am the only one left.

I am back with the Time Lord review 😉 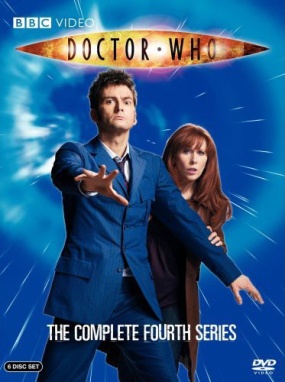 …but…what I meant by stop is more like a break 😉 I am taking a break from Doctor Who and will continue again when I finally have the entire episodes in series 5 (2010) and 6 (2011). Series 7 is still on the run. I want to have 2 series before starting the Doctor Who marathon again 🙂

Again, I have to mention that I have just followed Doctor Who series from series 1, which was aired in 2005. Out of all companions (of the ninth and tenth Doctor)…and out of all his companions from series 1 to 4, Donna Noble (Catherine Tate) is my favorite. I like the fact that she doesn’t fall in love with the Doctor…they are simply friends. I find this friendship relationship is more appealing than one sided love affair. Like I said in my review of Doctor Who 2007, I didn’t like Martha Jones because she was too in love with The Doctor, I still like Rose Tyler because even though she liked him but they were more like comfortable friends than people who were in love.

The Tenth Doctor met Donna in 2007 Christmas Special. He had just said good bye to Rose Tyler (Doctor Who series 2 – 2006) when suddenly Donna showed up in the TARDIS wearing her wedding dress. She was about to get married. She demanded the Doctor to take her back to her wedding. While trying to return her back to her wedding, The Doctor realized that Donna was in danger. The two then found out that her to be husband had made a deal with giant spider. The Doctor saved Donna and asked her whether she wanted to come with him…but she refused and the Doctor ended up with Martha Jones (Doctor Who series 3 – 2007).

It seemed that Donna regretted her refusal of the Doctor’s offer. She tried to find him again by investigating unusual event around her. Fortunately, both were investigating a diet pill factory called Adipose. The Adipose pills made people produce small cute alien out of their fat. The two met again and becomes something like Partners in Crime. Donna had prepared EVERYTHING to be with the Doctor. She wanted to travel with him and regretted ever refusing him. Their conversation was really funny, the Doctor didn’t want any love affair anymore and said:

The Doctor and Donna when to ancient Rome but landed in Pompeii, a day before the volcano that destroyed Pompeii erupted. The Fires of Pompeii showed how important Donna was in the Doctor’s life, she made him think better. Donna wanted him to stop the eruption but he said it was a fixed event, nothing could be done to change it. We learnt then why the Pompeii incident was a fixed event.

In the Planet of the Ood, we learnt more about the existence of the Oods. I first saw the Oods in series 2, they were slaves. A man had been manipulating them to be slaves by cutting their hind-brain. The Doctor and Donna helped the Oods to be free.

The Sontaran Stratagem and The Poison Sky were a two episodes story. Martha Jones called the Doctor to come and helped her in the UNIT. Martha had join UNIT, a military group which specialized in fighting alien. They had high respect on The Doctor. They were fighting against The Sontaran. The Sontarans were using a boy genius to help them with their secret mission. When everything had settled, before Martha had a chance to leave the TARDIS, it suddenly moved on its own. They landed on a tunnel where years of war between Hath (fish like humanoid) and Human took place. A group of human soldier came and put the Doctor’s hand inside a Progenation Machine, the machine created a full grown female. She was The Doctor’s Daughter, well sort of. At first, the Doctor denied her being part of him…but then he realized she was so much like him.

I think we can expect seeing Jenny (the doctor’s daughter) again in Doctor Who’s future story. What’s interesting about Jenny is that she was played by Georgia Moffett, the daughter of the fifth Doctor and the future wife of the tenth Doctor…yup, she is now David Tennant’s wife 😉

In The Unicorn and The Wasp, the Doctor and Donna met the famous Agatha Christie, a day before she went missing and lost her memory. They were in Lady Eddison’s house. Someone was murdered and with the help of Agatha Christie, they investigated the murder. Since it is Doctor Who…then you can bet that the murderer is an alien 😉

Silence in the Library and Forest of the Dead were another one story in two episodes. The story was quite complicated (Moffatt type of story). They were called by someone to come to this planet called the Library, it was a huge library…but no one was at the library. The information said there were zero human but many life form were still there, and it also said that few thousands people were saved. They met a group of people who came to investigate what had happened in the Library, one of them was Professor River Song. The professor knew the doctor very well, the future doctor NOT the current doctor. She had a sonic screwdriver and a journal about the doctor. Just like Jenny, we can be sure that we will see professor River Song again in the future 😉

But they’re wrong, because it’s not irrational. It’s Vastha Nerada

In the next two episodes, we have the Donna-less episode called Midnight and the Doctor-less episode called Turn Left. Midnight was really interesting, the Doctor faced an entity from the crystalline resort planet called Midnight. The entity possessed one of the passengers and turned people to distrust the Doctor. In Turn Left, Donna was persuaded by a woman to get back to the day where she ended up taking another turn which made her never met the Doctor. Things went hell afterward. Rose Tyler suddenly showed up and told her about the Doctor and how she could turn things back to normal again.

The Stolen Earth and Journey’s End were the last two episodes of this series, and in my opinion…it was THE BEST CLOSING episodes of Doctor Who so far (from series 1 to 4)…the closing episodes were both fun and sad. The earth was stolen. The Doctor went to the Shadow Proclamation (space police) and found out that there were 27 planets missing. He figured it out and went to Medusa Cascade but the planets weren’t there. Meanwhile, on earth, Captain Jack Harkness and torchwood, Martha Jones and UNIT, Sarah Jane Smith and her son Luke, and Rose Tyler were trying to call the Doctor because they couldn’t face the Daleks alone. The Doctor came and finally met Rose again. The Doctor met his old enemy, Davros and his terrible creation, The Daleks. One thing led to another, in the end we got to see how all his previous companions tried to save earth alongside him and why Donna was so important. 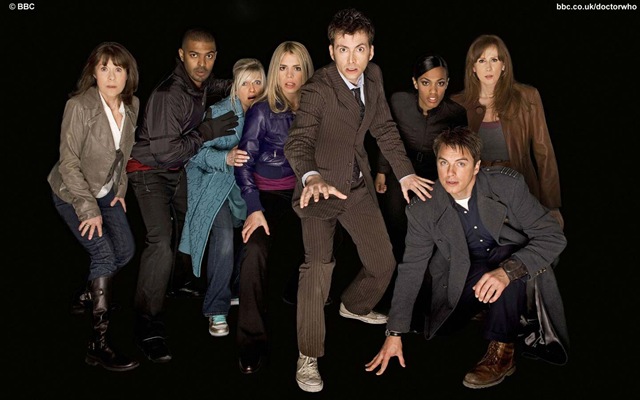 I watched that last two episode twice because I like it so much…it has so many meeting and parting. It was full of emotion. What happened to Donna made him refused to have another companion till his he regenerates again.

After this, I will review all the special episodes of Doctor Who which led to series 5 with Matt Smith as the Eleventh Doctor. The specials were Voyage of The Damned (it’s a special episode ahead of this series but I watched it afterward), The Next Doctor, The Planet of The Dead, The Water of Mars and The End of Time.

Don’t be bored with my Doctor Who review yet 😉 one more review post is coming up before I start taking my break.