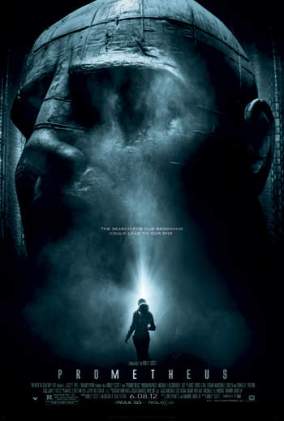 The last time a movie left me breathless as the light in the cinema was turned on was Inception and it took 2 years to finally feel the same sensation again…Prometheus took my breath away. Thank you Ridley Scott.

I saw a review with not so satisfying title on one of movie bloggers I know of, I didn’t read it because I never read any review on my most anticipated movies even though the review is praising the movie, just by reading the title I had this bit of doubt that the movie would be as great as I hope when I saw the trailer…but as the movie starts, the doubt shattered little by little. I don’t like sequel or reboot that much, but this is the first movie I so badly want to see its sequel. (I am excluding Lord of the rings, and The Hobbit, because the sequels were things that have to be done due to the book thickness).

Some said that this is the prequel of Alien, in my opinion it isn’t 100% Alien prequel. We get to see how Alien is born but that is not the real essence of the movie. Alien birth is part of it but not the center of Prometheus. If there is a sequel (I am sure there will be because the movie left us with some unanswered questions) I believe it will head to the giant man whereabouts.

Dr. Holloway (Logan Marshall-Green) and Dr. Shaw (Noomi Rapace) were searching for the beginning of human race. They found drawings from the primitive age that kept showing a man pointing to a star constellation unseen with naked eyes from earth. Few years later, they managed to find a company that would fund their finding of the star. They found a planet in that constellation.

Prometheus is the name of the ship in which a group of people consisted of scientists, an android robot, the company representative, a millionaire and the ship crew headed to the new found planet. Charlie and Liz wanted to ask their creator why they created them. They found the remnants of civilization and a dead corpse of giant man with similar DNA to human. But David, the robot, found something else…he found a strange black liquid. He tested it on one of the people. His test would soon move too uncontrollable direction.

I saw the 3D version and I think it was done much better than Alice in Wonderland. The 3D illusion works quite well and I really enjoy it. However, I really want to see it again in 2D cinema…but I am not sure the movie will still be around next week 😦 Jakarta’s cinemas are so fast in taking this movie out of circulation just because Madagascar showed up.

Prometheus has a nice pace of story, it starts slowly but gain speed at the end and what I like the most about the story is the fact that I can’t guess where the story is heading to. How I miss this kind of movie so much!! With all the superhero movies out there with stories I can easily predict, Prometheus is indeed a wonderful change.

I love the cinematography, the action, the thrill, the story and of course the cast. Everything about Prometheus is loveable. There were some moments when I couldn’t stop gripping the side of my seat because of the thrill. Unfortunately, the scoring is not memorable at all. 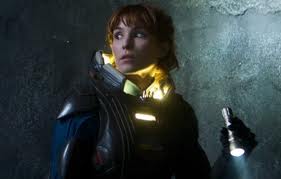 Now let’s talk about the great cast involved in Prometheus. I gladly say that Noomi Rapace is the new Ripley!! She was great here (hardly unrecognizable from her performance in Girl With Dragon Tatoo). Her character, Elizabeth Shaw is not a weak woman waiting to be saved but she is also not the masculine type, she is a strong woman in the way she knows how to be strong. Michael Fassbender as the android David, although has no emotion but from time to time he has shown human-like expression. Although I am still not a fan yet but there is a possibility I might be one one day. The beautiful Charlize Theron as the bitch from the company name Vicker is not an essential character here but her existence gives value to the movie. I didn’t expect to see Guy Pearce looking so old 😉 The rest of the casts are also fun to see.

I have decided to make this movie as part of my World Cinema Series (Hosted by Caroline @ Beauty Is a Sleeping Cat) from United State because lately I am getting bored with US action movies and Prometheus had pulled me back in…hope to see more action movie like this comes from nowadays Hollywood. 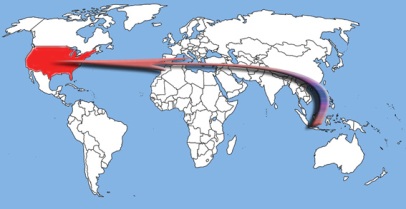 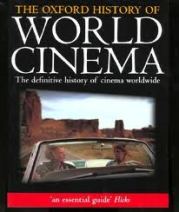