I am not a fan of fanfic (fan fiction), I don’t read one nor write one. Those stories don’t attract me at all.

…but, few days ago I read a review by Caroline at Beauty Is A Sleeping Cat about a book called Dreams of Dreams by Antonio Tabucchi. It was a book about dream of famous people. She gave me idea to write one using my favorite author or actor. I thought it was a great idea.

Here’s a quote from her review:

“Antonio Tabucchi’s Sogni di sogni or Dreams of Dreams is a collection of sketches or short pieces, circling around the life and work of different authors, painters, musicians and other famous people. Arranged in chronological order they all tell of an imaginary dream of the person to whom the story is dedicated”

I didn’t realize that the idea soon changed into an outline after seeing this image from Creative Writing Ink. It was image from last week’s writing prompt. 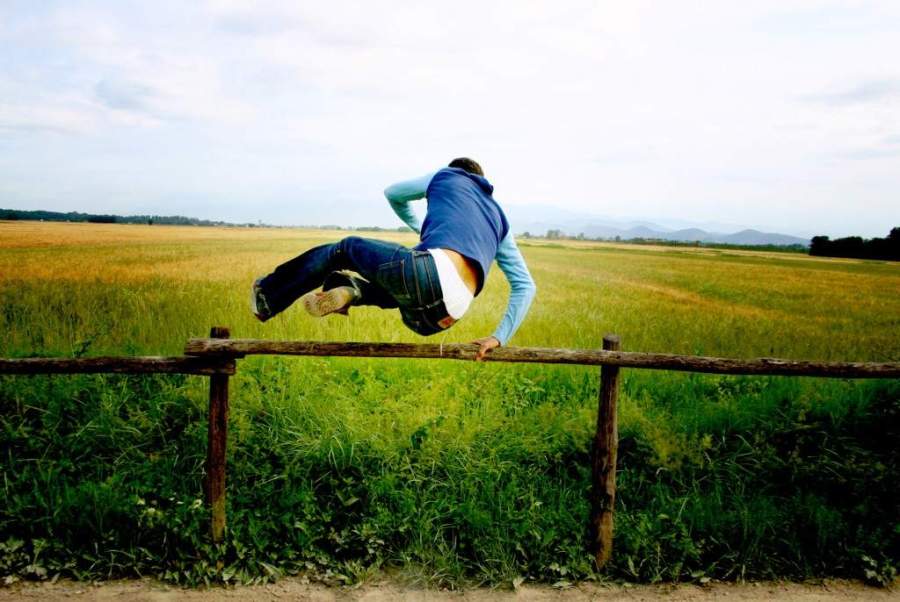 This story has 2 purposes, for creative writing and for Cillian Murphy Week 🙂

Remember…it is supposed to be a dream and dream tends to shift to another direction without any sign before hand.

I Just Want To Jump

Cillian Murphy found himself lost in a dark place, so dark he couldn’t even see his hand when he waved it in front of his eyes. He rotated his body trying to find a bit of light to guide him. He saw one tiny dot of light the size of a needle far to his left. Murphy thought that it was better than nothing. He walked toward the light. It felt so far.

Without him able to explain it, he was suddenly out of the dark and was surrounded by blinding light. He blinked once and twice to adjust his eyes. His light blue eyes finally able to perceive the image that spread before his eyes. He saw a vast field with no one to be seen. He was completely alone.

The sound of growling cat surprised him but he couldn’t see any cat around him. The sound of a mouse squeaking out of fear was heard afterward and he couldn’t find the mouse. Something hit his head. He looked up and saw an extraordinary view. It was breathtaking and unbelievable. The cat and the mouse were playing catch in the sky. They both had wings. But that was not all, the sky was filled with all many kind of animals and people with wings. No one was standing on the ground like him.

“What the…?” Murphy was mesmerized.

He tried looking at his back and found no wings.

“Poor guy! You don’t have wings to fly” a voice so familiar came out of nowhere .Murphy searched for the sound and found a man with white face and hideous grin spread from one cheek to another. He was flying upside down.

“Who? I don’t know anyone by that name!” He then laughed so loud. His face was suddenly right in front of Murphy’s face and whispered “I am Joker!”

“You don’t seem surprise seeing me?”

“Well I have seen you before.”

“You have?” Joker looked puzzled.

“Why are you here? And why everyone…no everything have wings?” Murphy answered his question with questions.

“Because this is the land of dreamers! This is where everyone who wants to be adored by people around the world. They enjoy being worshiped like Gods. They enjoy having their life shared in public…they are celebrities!” Joker laugh so hard as if he had just made the funniest joke. “You see up there Justin Bieber is trying to fly as high as he can thinking that all girls love him. And look to your right, those are Indonesian celebrities” Joker got close to Murphy and whispered “they wanted the whole country to see their wedding by showing it Live on TV. Pfff…as if they are from royal family who adored by their people.” Joker sneered at them.

Murphy only smiled listening to Joker.

“But…hold on!!” Joker looked at him intently, “You are also a celebrity!! I remember seeing you somewhere!” He squinted at Murphy. “Yes!! You ARE a celebrity! Wonder why you don’t have wings”

“I am not a celebrity”

“My work is acting and I love acting but I am not a celebrity. I don’t want to be up there in the sky and look down at people. I don’t want the world to know everything about my family. I DON’T WANT TO BE ADORED.” He put emphasize on his last six words.

“huahahahahahaha…..” Joker laughed his guts out. He was rolling in the sky. “Now…who is the Joker here? An actor who doesn’t want to be adored…what a joke!”

“You’re a silly actor!!” replied Joker. He then waved his hand and left the silly actor alone.

Murphy looked up and saw many faces he knew well in his line of work…they are who they want to be, thought Murphy, but I don’t belong there.

He saw a fence and decided to jump over it.

His jump took him back to a dark place he came before. He closed his eyes. When he opened his eyes he saw a very familiar place, his own bed room. He saw Yvonne sleeping peacefully next to him. He smiled contentedly knowing he had his family to himself and he can still do his work professionally.  He brushed Yvonne’s hair and went back to sleep.

This is my first time trying to write about dream, I am not sure it’s a good one…SO, please give me as many critiques and advices as you can…I really need it.

In case you have never seen Yvonne, here is a photo of Cillian and Yvonne. I found the photo through browsing long time ago and couldn’t remember the link anymore, so sorry I can’t give the credit to the rightful owner of this photo. 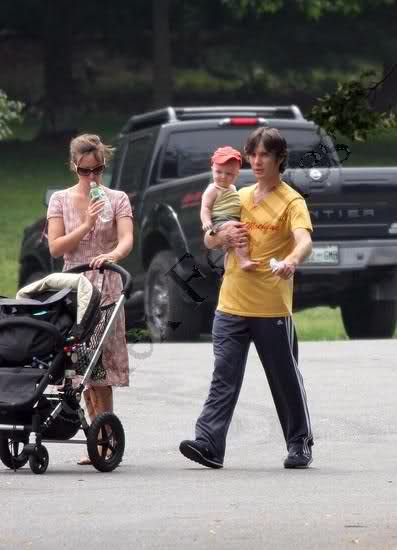