May 2nd was chosen as National Education Day because it was the day Ki Hajar Dewantara was born, the man who worked so hard to build a good education system in Indonesia.

Ki Hadjar Dewantara (in Indonesian new spelling it becomes Ki Hajar Dewantara) was born under the name of Raden Mas Soewardi Soerjaningrat, Raden Mas was attached to him as a royal title because he was born in Jogjakarta Royal family. His royal title gave him opportunity to study as high as he wanted it. He was born in May 2, 1889…hence he was born under Dutch colonialism. During Dutch colonialism, only rich people were allowed to study.

Soewardi Soerjaningrat studied at ELS (Europeesche Lagere School), then continued studies at Kweekschool (Teacher School) and STOVIA (Javanese Doctor’s School). He didn’t finish his study at STOVIA. He then became journalist for several newspapers. His writing was very anti-colonialism. He was also active in many political organizations. One of his writing that really hit the Dutch Government was titled “Seandainya Aku Seorang Belanda” (original title in Dutch: Als ik een Nederlander was, In English: If I were a Dutchman)

“If I were a Dutchman, I would not celebrate Dutch independence parties at the country which freedom had been taken away by us. With respect to that thought, not only it wasn’t fair, it was also inappropriate to ask the native (inlander) to give donation to such parties. The idea of celebration itself had insulted them, and now we also took away their money. Keep on doing this body and soul humiliation! If I were a Dutchman, the thing that insulted me and my fellow countrymen the most was the fact that the native must pay for activities that didn’t even involve them at all” 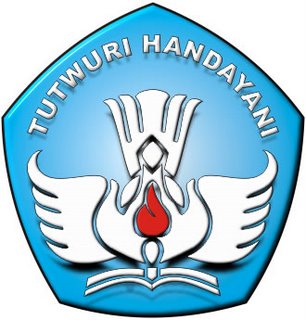 He was exiled to Netherland for his writing. During this time, he had a dream to enrich Indonesian Education. He studied hard and gained Europeesche Akte. In 1919, he returned to Indonesia. In 1922, he built Nationaal Onderwijs Instituut Tamansiswa (Tamansiswa national institute) and changed his named from Raden Mas Soewardi Soerjaningrat to Ki Hadjar Dewantara, he didn’t want to use his Royal title anymore. His slogan, ing ngarso sung tulodo, ing madyo mangun karso, tut wuri handayani (It’s in Javanese, it means “the one in front should give example, the one in the middle should give encouragement, the one in the back should give motivation“). This slogan is still used up to today.

He was also honored on Indonesian Currency, Rp. 20.000 (but his image was changed to Otto Iskandar Di Nata in 2002)

Thank you Ki Hajar Dewantara for laying the first stone of Indonesian Education, as a teacher myself, I am forever in debt to you. However, you should know that our Education is no longer what you wanted it to be, it aimed more to useless difficult knowledge rather than useful skill.

This article is written based on Wikipedia in Bahasa Indonesia.