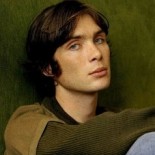 Battle Royale – A Book I Will Read Again and Again

The first time I read this book was in 2009, which is about 2 years ago…and now I have just finished reading it for the second time. Quite fast to be reread, don’t you think? The truth is I have missed this book since last year. I wanted to read it again since last year but I have searched it everywhere in the book stores near my house and I was out of luck….all I could find is that book with similar theme, Hunger Game…a book that I vouch not to read unless everyone who had read that book also read Battle Royale. Why bother spending my time reading a book with similar theme to one of the best book I have ever read in my life!

Luck finally came last November when Nat of In Spring It Is Dawn told me that I won a $15 prize to buy any book I want. I was ecstatic when I heard that news…there’s no other book I wanted but Battle Royale…I really really really want to read it again. I felt like a lover who was told that I can finally meet my loved one. The book came on December. I was shaking out of happiness, I was literally hugging the book. I thought I can read it after I finished the book I was currently reading at that time….but the temptation was TOO high. I abandoned the book and picked Battle Royale once again. Thank you so much Nat, you’re an angel 🙂

Battle Royale is not a book with great writing style. Koushun Takami wrote in a very ordinary way, he delivered his story in a word we used daily. But the amazingness of Battle Royale does not lie on the writing style but in the powerful story that takes me to another world full of violent and distrust, but a strong friendship proves to be stronger than anything.

I am aware that I am not a great reviewer, I can’t review something as impressive as most of my blogger friends, but I am very proud on my first review of Battle Royale…I felt like that was an impressive review, one of the best review I have ever written. Maybe because I loved it so much so the words came easily (the other book review I am proud of also of books I love the most, such as The Lord of The Rings series, The Square Persimmon, etc).

A glimpse of my first review:

I really like how Koushun Takami created all the characters with their own complex personality….it made the book not merely about sadistic murder and blood but also about how a person will handle such horrible condition. Behind all the blood, we can find great friendship and love. We can also encounter great betrayal and deceive. All I can say about this book is ‘Throw away all prejudice against this book and you’ll have a wonderful story‘

Battle Royale is a dystopia book where Japan had turned into The Republic of Greater East Asia, a very wealthy country so ran by a dictator. A country where everything from American Imperialist was banned. A country where Rock music was considered as illegal music. A country which was heartless enough to put several classes of third year junior high school into a killing game held every year where they had to kill their friends and be the only winner. A heartless game of distrust and betrayal.

We got to see 42 students of Third Year Class B Shiroiwa Junior High school thrown into The Program, that was how the government called the game. When I read it for the first time, I said that the story mostly revolved around Shuya Nanahara, Shogo Kawada, Noriko Nakagawa, Kazuo Kiriyama, Mitsuko Souma, Shinji Mimura and Hiroki Sugimura because they played the biggest part of the story…But now that I have read it for the second time, I realized more how Koushun Takami had brilliantly created a class full of students with different personalities. He managed to let us know all 42 students even though they only appeared in one chapter. He didn’t let any even 1 student died unnoticed or personality unknown. He made sure that we know what kind of person that student was and how tragic or silly his/her death was. I felt like I was running around in that island with those 42 students.

You might wonder why did the government hold such cruel game? The answer is something you have to find by reading the book. All I can say is Koushun Takami merely changed nowadays situation into an extreme story.

The moment I finished the book, I want to read it again….if the book was not a book with almost 600 pages with small fonts, I might have read it again. One thing for sure I know I will read it again in the future, probably another 2 years from now 😉

The book that I got from Nat was different to what I read the first time, at that time I borrowed it from library. This edition has foreword by Max Allan Collins that intrigued me to write about book and movie adaptation and afterword by Kinji Fukasaka and Koushun Takami.

I loved reading Koushun Takami’s interview, I found out that he and I have the same favorite author (maybe that’s why I love this book so much)

As for King, and I apologize for so commonplace an observation, I was astonished by the skill of his storytelling – no, rather, I became so engrossed that I kept on reading, unaware of my astonishment.

I felt the same way as Takami toward Stephen King, he is not the best write in the world but he sure is the best story teller I know. Takami also confessed that some parts of his story were inspired by Shawshank Redemption, The Body and Needful Things. The name Shiroiwa is a direct translation of Castle Rock (a town often used by King).

No wonder King praised this book as: