The first plan was to write about Retreat this month and write about In Time next month, the arrangement is to prevent too many Cillian Murphy posts in one month…however, things changed after I saw In Time few hours ago. I just couldn’t delay the fact that both Retreat and In time totally lived up to my expectation, one in a good way while the other in a bad way. 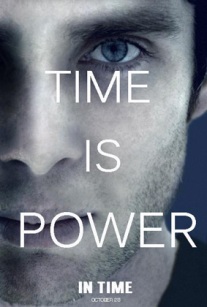 In Time is a movie with so many flaws that if not for 1 man, I would have walked out of the cinema. (Although in truth, I won’t even spend my money to watch it if Cillian isn’t in it)

If you read the previous page, you can see that I love Retreat and I have expected it to be good since the beginning. I have mentioned before in my In Time vs Retreat  (part 1):

As you can see, Retreat wins by unanimous decision. In Time only has a chance to win in Cillian Murphy round which mean if there is no Cillian Murphy, In Time will be a movie I watch in TV and there is nothing else to watch.

Second, I can figure out how the story goes just by reading the synopsis and the trailer makes it worst. I practically see the whole movie through the trailer…why bother go to the cinema, right? I never watched any movie that I can see right through it just by looking at the trailer. Take example of AVATAR, if it wasn’t because of the stunning visual effect, I wouldn’t even step into the cinema to see it and I don’t play to rewatch it ever.

Third, the leading roles are my least favorite actors in the whole wide world.

I sort of hate Cillian for playing in the movie I normally don’t watch!! But I do understand why he wanted to play Raymond Leon. Raymond is a challenging character, he has to keep his face straight with no emotion all the time…a challenge he hadn’t taken yet.

In the future, human were genetically coded to stop aging at the age of 25, to keep on living pass 25 they have to work hard to gain minute by minute as everything is paid with time. Time is the currency. The year was supposed to be in 2161. The first question when I watched this was ‘Why in the world they want to be genetically coded?’

Let me summarize the story.  Will Salas lived in the ghetto and found a fortune through a rich man who was tired of living over a century. Will got the rich man time and he was chased from stealing by the Time Keeper (kinda like a cop) and a mafia gang or something who hated Will for saving the rich man. After losing his mother (which happens to be the only best part of the movie -apart from Cillian), Will went to the rich area. When he was about to be captured by The Time Keeper, he ran away kidnapping the daughter of one of the richest men in New Greenwich. And surprise…surprise!! The daughter fell in love with Will and decided to help Will and the people in the Ghetto against time corruption *roll eyes* ….so damn predictable!!!

Maybe you should check this better review in Talking Movies, I only quote Cillian’s part 😉

Cillian Murphy is superb as Leon. He can’t be bribed, and to Salas’ amazement jumps, runs, shoots, and lets his time run low just like the ghetto inhabitant he used to be, making him formidably implacable. Leon is a great villain as he understands the system is unjust but swore to uphold it

Let’s talk about the best part of the movie. The best scene, that didn’t involve Cillian in it, was the one where will trying to catch his mother before she was timed-out. That was the only emotional scene in the movie. And frankly, Olivia Wilde played much better than the leading lady.

The other best part of the movie is, of course Cillian Murphy. He played Raymond Leon who happened to be a man with no emotion. He had to keep his face straight all the time. He never showed anger, passion or any other face expression. Plus…he looked so hot in that long leather jacket!!!!

And here come why I think In Time equals In Lame!!!

I honestly hope that after I see the movie, it could change my prejudice against In Time (it happened before)…but I was wrong.

I actually enjoy dystopia, but it has to be one with clear sense.1984, The Stand, Battle Royale, and The Road are all possible to happen…but this? Even in the most insane mind would not go for this silly idea. Human decided when a human should die….and rich people can be immortal…yeah right!!!

All I did throughout 115minutes was getting bored most of the time and only felt excited when Cillian Murphy showed up.