It’s Monday! What Are You Reading? – July

It’s Monday! What Are You Reading, is where we gather to share what we have read this past week and what we plan to read this week. This event is hosted by Sheila of Book Journey.

I decided to do regular post for this  meme but not as a weekly meme, this will be a monthly meme. I want to keep my track on what I have been reading in a month and the possibility of what I will read next month. 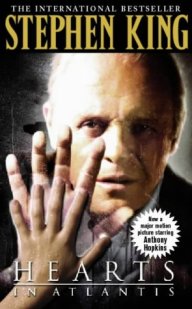 Stephen King’s collection of five stories about ’60s kids reads like a novel. The best is “Low Men in Yellow Coats,” about Bobby Garfield of Harwich, Connecticut, who craves a Schwinn for his 11th birthday. But his widowed mom is impoverished, and so bitter that she barely loves him. Ted Brautigan turns the boy on to great books like Lord of the Flies. Unfortunately, Ted is being hunted by yellow-jacketed men–monsters from King’s Dark Tower novels who take over the shady part of town.

Vietnam is the otherworldly horror that haunts the remaining four stories.

In honor of Mr. King, I have written a post where I count down all his books I haven’t read. there are still 50 more books to read…I love his works and will try to read them all.

These are the books I have read throughout July

The Little Yokozuna by Wayne Shorey

The Little Yokozuna is a fantasy novel written for young adults. It tells the story of a group of American children who are mysteriously transported from an art museum s Japanese garden into a world where the myths, magic, and spirits of traditional Japan have come to life. Separated from their parents, and in a desperate race against time to save their youngest sister, they meet Kiyoshi-chan, a young Japanese boy who shares their love of American baseball. The children all join in a series of adventures involving Japanese gardens, time travel, sumo wrestling, and demon warriors.

The book has interesting story but some important facts are missing from the book and made me like it less than it supposed to be. My review is here.

The Secret of The Unicorn by Hergé

Reading this graphic  novel is my attempt to refresh my memory of this story before the movie comes out.

The Secret of Unicorn started with Tintin buying a replica ship for Captain Haddock. The second he paid for it, 2 men appeared and insisted on buying his ship. Tintin refused both men and took the ship home. Meanwhile at the same time, Dupond and Dupont (I decided to use this name as it is the names in the book I have just read) were in the middle of solving a pickpocket case. The case caused them several wallets because the thief found him as an easy target. This case will intertwine with Tintin’s case.

I shared the trailer of the upcoming movie in my review of this book.

A woman, who won’t reveal her identity, is trying to contact Kasama Tsuneo at a crisis point in his life. His arranged marriage is looming, and he’s seized by a strange emotional fit. All Tsuneo can do is desperately chase this woman, and the mystery behind what happened eight years earlier over the sea.

The summary in goodreads looks promising but I found it too boring, so  I stopped it in the middle as I have other books waiting for me.

These are books I am going to read in August

Every year during the Fasting Month, I have a special event: Annual One Piece Reread Event where I will reread every volume that had been published before August. The series has reached volume 58. Will talk about this event early August. One Piece is the best Manga I have ever read.

If you are interested, please join me and Mel U of The Reading Life in an event to honor Indonesian Independence Day in AUGUST 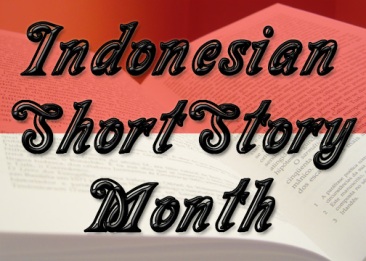 All you need to do is search for online Indonesian short story and review it in your blog…very simple, right? 🙂
I will write the introduction post along with some links of Short Story made by Indonesian author and where you can put your the link to your review on July 29 (Friday)

Have a nice reading-week everyone 🙂