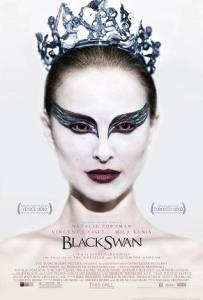 Finally … an amazing movie in April!

My April movies have been a boring one till I have time to see Black Swan. From the beginning of April I have seen 5 movies in DVD (hoping to start watching movies in Cinema again anytime soon), excluding Black Swan, and the only one that interests me was Waterboys which happen to be a movie I have watched for the 3rd time. The other 4 are not interesting. They were not bad movies, they were just NOT MY KIND OF MOVIES.

I want to share a little thought on my previous viewings. I watched The Town, good story but nothing special and I now have already forgotten the details of the movie.  The Interceptor, a Russian movie based on book, the movie has so many holes that needed to be filled. X Game, a suspense movie from Japan, it was said to be Ring Movie Successor…yeah right!! It was pointless and made me bored. Restrepo, a war movie made in documentary style, I fell asleep even before the movie reached half through. I am not too fond of this style of movie, the only movie in documentary style that I truly enjoy was Blairwitch Project. I thought no movie can make me excited this month…I am glad I was wrong!

Black Swan tells the story of Nina Sayers (Natalie Portman) who wanted to play her role as both White Swan and Black Swan perfectly. Thomas Leroy (Vincent Cassel), the director, thought that Nina was perfect as the White Swan but she needed to let herself go if she wanted to be the perfect Black Swan. She had to seduce the audience, something she found it hard to do. It made her depressed, and to make matter worse she had a tendency to hurt herself when she was feeling depressed. The burden made her started having vivid hallucination. A new rival, Lily (Mila Kunis), turned her depression into paranoia.

How do I feel about this movie?

It was captivating! It kept me glued for 108 minutes. I didn’t even want to turn my head to my right or left side. I wanted to see the whole movie from the beginning to the end without even missing anything. Now, I can totally understand why some people mentioned this movie as the best movie in 2010. It made wonder all the time, was she really doing it or was it just a hallucination?

How about the ending? I tend to judge all movies based on how great the ending was…well, the ending was BRILLIANT!! I stayed staring on my TV set minutes after it was over…what an ending!! So ambiguous and yet so powerful.

Does Natalie Portman deserve her Oscar?

Yes … yes … and YES!! She was incredible! Her acting was perfect! I can feel her confusion, her pressure, her hatred…everything can transparently seen in her expression. The issue with her double was really not a big deal, I don’t think people are paying to see the dance, they paid to see her act and her amazing expression. Mila Kunis was also good…but I find myself staring only at Natalie Portman and seemed to forget that there were other actors in the movie.