Mirror Mirror On The Wall: Who’s The Prettiest Cillian Murphy of Them All

This April edition of Monthly Murphy comes with a poll.

If you aren’t a big fan of Cillian Murphy, you probably didn’t know that he has done 3 cross-dressing characters … well, 2,5 to be exact.

I was wondering which one is his prettiest character.

I hope, even though you are not a fan, you will also cast your vote. I include some pictures for you to judge 😉 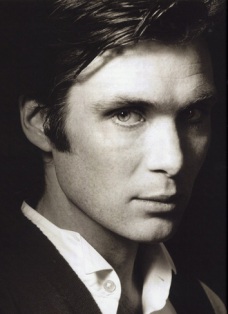 First, I will introduce you to the ‘man’ behind these pretty faces.

The picture on the right is Cillian Murphy, an extremely handsome MAN with very gorgeous eyes. He is STRAIGHT!! I know some people who don’t know him much think that he is gay…but he is not gay!! I am sure he is 100% straight. He is married to Yvonne McGuiness and has 2 cute sons.

He loves playing unique characters and that’s why he had done 2 transvestites and 1 man who doesn’t mind to dress in woman suit for his job. I will not talk about the movie, for that you can just click on the movie title which will lead to my review on the movie (I haven’t reviewed Sunburn yet)

So…here are the contestants:

Davin is not a transvestite. In this movie, Davin worked in a bar. The bar has a ladies night, and during that night the owner asked his employees to dress in woman clothes.

This character is the one I mentioned as 0,5 because he  didn’t exactly play  as a ‘woman’, but he still looked pretty for this role 😉

When I first saw this movie, I was blown away! He is more woman than I have ever been.

Kitten is very beautiful, feminine, easy going and kind heart. There was a scene where his skirt was blown by wind and wow…his leg made me envy. Cillian doesn’t refer Kitten as him, he refers to his character as her because she is not a man who pretends to be a woman, she is more like a woman trapped in a man’s body.

Kitten dresses in glamour style but far from being arrogant.

Look at how pretty she is:

Emma Skillpa might be a bit twisted in the head, but she sure is pretty.

Emma, although dress in old fashion way, portrays an elegant and secretive woman. She is the kind of woman who lives next door and nice to talk to. She is like an older sister to whom we can share our problems with. A very motherly character.

Here are some pictures of the beautiful Emma.

I have given a bit description of each character, personalities behind those pretty faces.

I have hard time choosing between Kitten and Emma. Both are interesting characters and very pretty. But… my vote for the prettiest Cillian Murphy falls on PATRICIA ‘KITTEN’ BRADEN.

34 comments on “Mirror Mirror On The Wall: Who’s The Prettiest Cillian Murphy of Them All”