One charismatic vocalist, One with gorgeous eyes, One with deadly smile, One with mouse face and One humble hunk.

That sentence said it all 🙂 this 3rd post on my Top-5 list of everything is about my top 5 men to drool on. I’m not talking about ‘real’ men, you know, men that you actually meet in real life…these men are from the celebrity world , I’m not saying Hollywood celebrity because there is only one Hollywood actor here.

First, keep this in mind!! My top-5 IS NOT your Top-5 because believe it or not, this is a VERY subjective list…people have different perceptions in beauty, and I believe we all know this famous quote:

Beauty is in the eyes of the beholder

I have categorized my celebrity men into two groups, To Drool On and Eye Candy. To Drool On is for those men that make my heart beats faster or stops abruptly because they are TOO gorgeous. They can make me forget about other men. As for Eye Candy, they are the men that I enjoy watching but don’t make my heart stops.

This Top-5 is going to be a bit different the others because I will start with number one to number five.

When I was still in High school, around 1995, a lot of my friends were in love with Keanu and when I saw his picture I was like “this man? Jeez what’s so good about him?”. And in 1996, I had to lick my on spit. I saw Speed and said “Ow my Dear God, he is the most handsome man I’ve ever seen in my live!!!” … and he remains in his crown till today (and for many many years to come)

Keanu is perfect in many ways, he has gentle face, gentle eyes and humble personality. I admit that he is not really good in acting…BUT who cares?? His face alone is enough to make me watch his movies (tho I sometimes don’t like his movie). His gorgeous face is followed with good heart. In Islam, Prophet Yusuf is told to be the most handsome man ever created in this planet, and I remembered saying ‘it’s hard to imagine how handsome Prophet Yusuf was if I can’t even imagine anyone more handsome than Keanu’ while watching him in Matrix 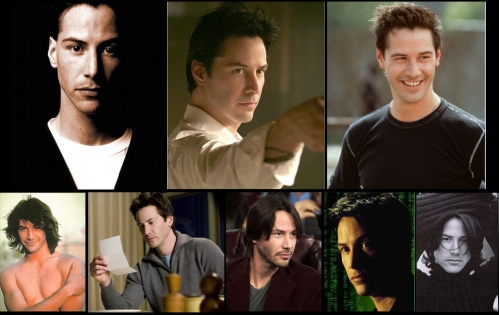 Hyde is L’Arc~en~Ciel’s charismatic vocalist. Just like Keanu, I didn’t love Hyde at first sight. I fell in love with Laruku’s song from the 1st time I heard it, but I DID NOT like Hyde from the 1st sight…how can I like a man who was prettier than I ever be? He was such a beautiful man (bishounen in Japanese) and he also acted like a woman when he sang on the stage. And then he transformed into the look of a schoolboy (see picture on the right).

BUT…things started to change as he gets older…the older he becomes the more I drool over him. His charisma is oozing everywhere. He is drop death gorgeous!! Everything about him can be describe in one word, SEXY. His deep gaze when looking at the audience, his body movement while singing, his sweet smile, and his way of teasing us are the perfect accessories for his beautiful voice. He makes my heart stops so many times. Watching Laruku’s concert is not only a pleasure to my ears but also a pleasure to my eyes ever since Hyde transform into such a Kakkoi Otoko. 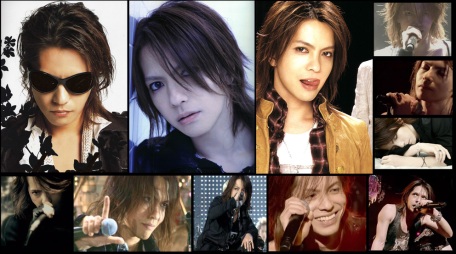 Cillian is the only man that steals my attention on first sight. I remember watching Batman Begins to see one of my eye candy, Christian Bale, but when Dr. Jonathan Crane appeared, I was like “whoa…who’s this man? So cute!!” and then I bought 28 Days Later and found out who Dr. Jonathan Crane is! I’ve been in love with Cillian Murphy ever since that day.

Cillian has the most gorgeous eyes I’ve ever seen in my entire life. I rarely like man with blue eyes, Cillian is the 1st. I think I would freeze if he ever looks at me with those eyes. Those eyes of his plus his high cheekbone and his thick lips are making him look so damn HOT. He is an actor that dedicates him self in the art rather than the money and he keeps his life simple and away from all the glamour (Just like my Keanu). And he is NOT just a pretty face, he has amazing talent in acting.

Hehehe…I know that whoever read this might raise her eyebrows to my 4th choice. I admit that he is not handsome, he is even less handsome that my 5th choice…BUT there is something about him that makes me bite my lip when I see him. For me, he is SOOOO CUTE!!

Mirai’s case is the same with Keanu, I have to lick my own spit. The 1st time I saw him, I said ‘this boy looks like a mouse, his eyes are too slanted, his teeth are a bit forward, and his hair looks just like mouse’s fur’. That was what I think when I saw the 1st episode of Waterboys…However, the more I saw him the more I cuter he became, when I reached 3rd episode, I couldn’t take my eyes of off him anymore.

I have nothing much to say on Mirai’s behalf, you judge it for yourself…but whatever you think, I still think he is so damn cute. And he is really good in acting tho he plays more musical theater than dorama/movie. 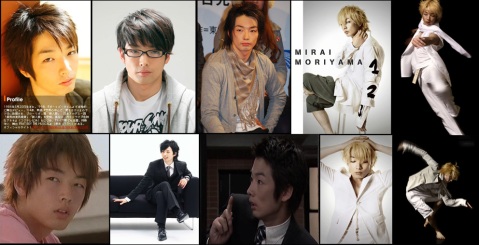 Last but not least is my sweet Nishikido Ryo. Ryo-Chan is just like Keanu and Mirai-kun, I first saw him in Ichi Rittoru no Namida. At that time, I was saying “eee…can’t they pick a cuter boy than this to play Asou?”… It changes when I saw Orthros no Inu, Ryo-chan looks Sooo SWEET!! His acting as Aoi Ryosuke is perfect and that is why I ccan see him in better perspective.

After seeing him looking so sweet in Orthros, I watch his other dorama and he looks sweeter than I have ever seen before. He has a pair of melancholy eyes and an insanely sweet smile. Every time he smiles, my heart stops for a few seconds. I love that smile a lot. 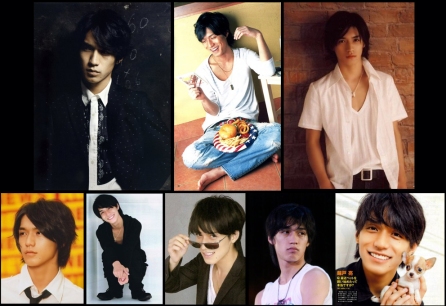 There you have it 😉 those are my 5 men to drool on. Looking at them is really bad for my heart…I’m afraid that one day I might have a heart attack because of these men ;p

I want to share my Eye Candy too, they are so many of them, I might forget to mention all of them. They are : Christian Bale, Paul Bettany, Gerald Butler, Jonathan Rhys Meyer, Freddie Highmore  (I believe he will looks cuter as he grows older), Fujiki Naohito, Sorimachi Takeshi, Kamenashi …., etc. Sorry…I can’t remember them all.

Now, I want you to share me your own men to drool on, the rules are simple: NO REAL MAN (so don’t mention your boyfriend or your husband) and DON’T MOCK other people’s list 🙂