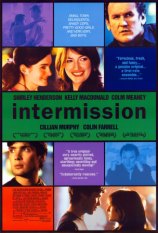 Intermission is an Irish movie that I looked for simply because Cillian Murphy is in it 🙂 , I’ll try to watch every single movie that he plays…but my judgment over the movie is  not clouded by the fact that Cillian is in it.

Intermission is directed by John Crowley and written by Mark O Rowe (Cillian’s newest movie, Perrier’s Bounty is also written by this man). There are so many casts for this movie but I’m just going to mention some of them while telling the story of this movie.

This movie reminds me so much of Rock n Rolla, there are so many stories but all of them relate to one another. It’s interesting and sometimes it’s funny tho I wouldn’t called it as one of my favorite Cillian Movies

The story: Story like Intermission is a bit difficult to write because it’ll give some spoilers, but I’ll try. Lehiff (Collin Farrel) is a local bad boy, all he can think about is to do something illegal. A notorious detective, Jerry Lynch (Colm Meaney) has his eyes on him. Meanwhile, in another part of the town, a middle aged bank manager named Sam is leaving his wife, Noeleen, for a younger woman named Deirdre. Deirdre used to go out with John (Cillian Murphy). John and Oscar work in a supermarket with a very annoying manager. Oscar desperately wants a girlfriend and he asks John to accompany him to a bar to find a woman. He meets Noeleen and they start sleeping together.

John had enough of his manager and it causes his job. Meanwhile, Mick, a bus driver, also loss his job because a small boy throws a rock into the front window and causes an accident. Lehiff asks Mick and John to find easy money by blackmailing Sam. John agrees because he wants to hurt Sam and tries to get Deirdre back.

Ow…I almost forgot about Sally, Deirdre’s sister. She has big grudge over men and refuses to dress up…she soon realizes how terrible she is when she sees herself in television. She was being interviewed for saving the life of people on Mick’s bus. After interviewing Sally, Ben the reporter, makes a documentary film by following Jerry.

So…will Lehiff, Mick and John get the money? Will john get Deirdre back? Will Oscar live happily with an older woman? And what will happen in these series of people’s life? Well, you have to watch it for yourself, I’m not going to spoil it here.

It’s a really nice black comedy, not much of a laugh there but I admit that it is quite fun. I learn to like this kinda movie, where everyone has their own story and somehow related, lately.

So…just like Rock n Rolla, I’m giving this movie 3 stars, which mean I like it. I wanna see Perrie’s Bounty…it seems more fun than this one. 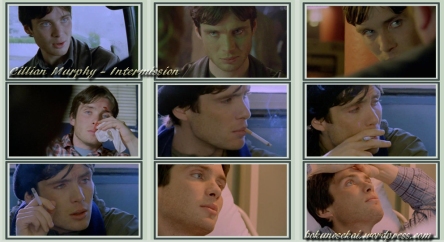