…And yes another Cillian Murphy’s movie review!! You might get bored with it already but what can I say? I’m obsessed with this man, not only he is damn cute, he is also super talented and has bunch of great movies. 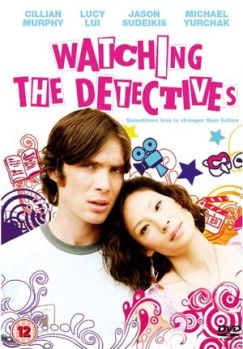 Watching The Detectives never made it to the big screens, it went straight to DVD…I don’t know why, for me the movie is quite interesting and funny. An unusual romantic comedy.

The movie is directed by Paul. Cillian Murphy plays as Neil Lewis, a movie geek who owns a movie rental. He is teaming up with Lucy Liu who plays as Violet, a free spirit woman.

The Story
Neil practically lives in movie, he sometimes compare his girlfriends to a movie character. Till he meets Violet. Violet doesn’t even own a TV, she likes to create her own scene. ‘I like to think that because I live a life full of adventures that I don’t need a TV set, beside what has the television got that I haven’t got?’

They start seeing each other and Neil soon finds himself in a lot of unpredictable situations. Violet surprises him with lots of things. She turns his life from routine and boring life into a life full of adventures. It stresses him out, at first, but then he realizes that his life is boring after all. 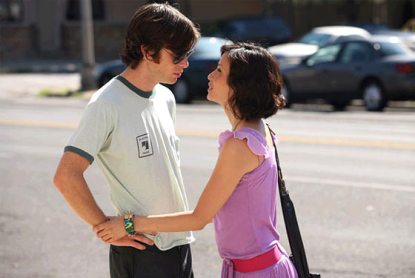 Basically, this movie is like most romantic comedy about two odd couple who realize that even though they are so different they need each other. But I like it, I won’t say I love it…but it is entertaining and very funny. I watched this movie last night, somewhere at 11pm and I laughed out loud regardless the fact that everyone around me had fallen asleep.

Cillian is another person in this movie, he looks nervous and often confused…but I really like his expression every time Violet does something. I don’t enjoy his American accent tho. The last part is really hilarious, Cillian’s exaggerate cry made me laugh so hard. Indonesian people will call that as ‘lebai’ (too much). Lucy Liu is also playing quite good as a weird and unusual character.

Overall…it’s a good movie, not a great one tho, and it sure will give you a lot of laughs. I give 3 stars for this movie, meaning I like it.

PS. I really don’t get the connection of the title with the story line.

9 thoughts on “Watching The Detectives”