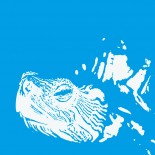 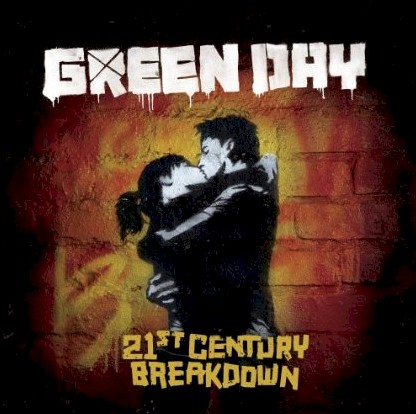 I’m not gonna write about the meaning of the songs because it’s too difficult to comprehend, Greenday is getting better and better in making Lyrics. I’m going to write on how I feel about the songs. I put the Lyrics in the end of my review.

There are 18 songs in this album…quite a lot for an album, don’t you think? And I like all 18 of them.

This is my personal feeling toward their songs and I am not even a musician…I’m just a common individual who loves their work.

The 1st song, Song of The Century, is only 57 seconds, it is sort of an interlude. I like the 1st sentence of this song: Sing us the song of the century, louder than bomb and eternity. Don’t ever think that the song means to be the best song of the century!! It is about wanting to hear the song that will bring peace. 21st Century breakdown (the same title with the album) is a really energetic song with many changes in its rhythm. I like the soft touch in the end of the song. The next song is their 1st single (I think), Know Your Enemy. At first it the intro drum sounded like Larc’s 4th avenue café but when I listened to it again and again…it’s not even close hehe. Honestly, I think the song is a bit monotone, there aren’t many changes this song, but it’s still fun to listen.

In the 1st minute of the song, Viva La Gloria! Seems like a soft song with Billy Joe singing with piano and string…but 1 minute and 8 seconds later it becomes Greenday kinda of rock. This song is one of my favorite. Before The Lobotomy is similar with Viva La Gloria, it started soft with BJ singing with acoustic guitar. The song becomes hard at 1 minute 20 seconds later. Kinda reminds me of Greenday’s older song but I can’t put my mind into it. This is also my favorite song. Christian’s Inferno with an interesting drumbeat followed by BJ’s voice using sound effect. He loses the effect when he sings the words Christian’s Inferno .The 7th song is a full soft song. Last Night on Earth is a beautiful love song…not merely about man-woman love…it’s a grandeur kind of love. I love this song so much and my favorite lyric is With Every Breath that I am worth here on earth, I’m sending all my love to you. Somehow, this song reminds me of Beatles’ song, maybe it is because of the sound of the guitar.

East Jesus Nowhere. This song also reminds me of an older song by Greenday. I really like this song, it’s powerful and fun. The 9th song is my most favorite of all the songs in this album, Peacemaker, somehow it reminds of Its The End of The Day by REM…but it’s NOT THE SAME!! I just have the same joyful feeling. The lyric mentioned Gaza which I think is a good call. No matter how many times I’ve heard it…I never get tired of it, I simply love love love this song so much. Last of The American Girl also reminds me of Greenday’s older song. I like this easy listening song. Next song is also my favorite, Murder City is so energetic and fun, and it really catches my attention. I like the 1st lyric Desperate but not Hopeless.

The 12th song has the same title with the 4th song, Viva la Gloria! [little girl], but it is a completely different song with different tune. It also started with piano like viva la Gloria, but it has a fun tune. It reminds me a lot of Misery (one of my favorite song from Greenday’s older album)…I love this song. Restless Heart Syndrome is another soft song in this album, but I can easily say that out of all 3 of them (there are 3 soft songs), this one is my least favorite. The next song is also my least favorite, Horseshoes and Hand grenades. I think the song is too monotone…it lacks of variation. Then come another of my favorite, The Static Age. Love the sound of the drum a lot…the song is so fun and ear-catching. I like it since the 1st time I heard it.

21 Guns is the best soft song of this album…it has great lyric and gives great feeling. It is almost full acoustic (they used a bit of electric sound in the middle of the song). I love this song. American Eulogy: mass hysteria uses the same tune with Song of The Century but it has different lyric. The sound of the guitar reminds me of another older Greenday’s song but once again I can’t figure out which one. The last song is See The Light, there’s nothing special about the song but I still enjoy the song.

So in short, here are my most favorite ones: Peacemaker, Viva La Gloria, Before the Lobotomy, Last Night on Earth, Little Girl, The Static Age, 21 Guns. The ones that really like : Know Your Enemy, 21st Century Breakdown, East Jesus Nowhere, Last American Girl, American Euroloy, See The Light. And the ones that I think are okay: Song of The Century, Christian’s Inferno, Restless Heart syndrome, Horseshoes and Grenade,

In my personal opinion…I think 21st Century Breakdown is a great album!! It makes me like Greenday even more.

The Lyrics can be found in here

21 Guns has become Transformer: Rise of The Fallen’s soundtrack

This entry was posted on June 22, 2009 by Novroz in Excessive Listener and tagged 21st Century Breakdown, Album, Greenday, Music.