I’ve just finished reading this book…it’s an old book by Stephen King, beside Haruki Murakami, he is also my favorite writer.

If you don’t know who Stephen King is, I have to say how poor you are!! King is the master of Horror and Thriller, there are so many movies based on his novel, the latest one is 1408. I really like his works even though I haven’t read all of his works due to the fact Indonesian people have little interest with this writer. I have read Rose Madder, Green Mile and Bags of Bones, and watched more than 10movies.

I have never really into Vampire and Dracula…After reading Salem’s Lot, even Stephen King can’t change my interest over vampire and Dracula. A movie based on this book was released on 2004.

Salem’s Lot took place in a small village in Portland in the year 1975. Ben Mears was a writer, not too successful yet some people still knew him. He went to a place where he spent some of his childhood time, the place was called Jerusalem Lot but they often shorten it into Salem’s Lot. At nearly the same time he arrived, other men came to this town too, they were Barlow and Straker. They opened an antique shop and stay in the most haunted house in the village, the Marsten House. Ben Met a woman names Sue Norton.

Weird things started happening not long after the arriving of Barlow and Straker, 1st a dog was killed and its head was hang in the cemetery. Then 2 boys were attacked, one cannot be found while the other one died a week later. His death was a bit peculiar, he was so white, and doctor said he suffered great anemia. But Mike Ryerson found the other fact of his death…soon after that Mike died. And things started going fast after this incident.

Matt Burke realized something wrong was going on his village, he teamed up with Ben. But at the end, this little team grew a bit larger, Sue joined in because of Ben, Father Callahan, Jimmy Cody-matt’s doctor, and last Mark Petrie. They were all ready to face the worst scenario…and sadly their struggles lead them to their death. 2 of them survived and able to killed Barlow. The event was too terrifying for them so they left the village. But something made them realized that they had to finish them all.

What happened next is something you need to find out by reading it yourself. 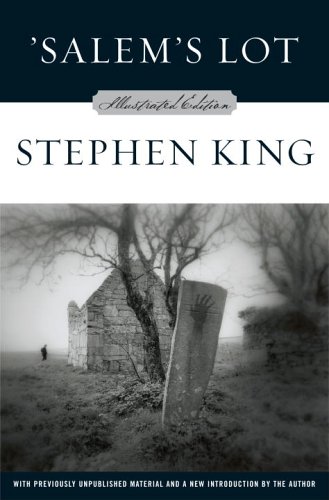